The Emergency Department gives medical help 24/7 to people who might die if they don't get urgent treatment.

This page gives information about the Emergency Department including: 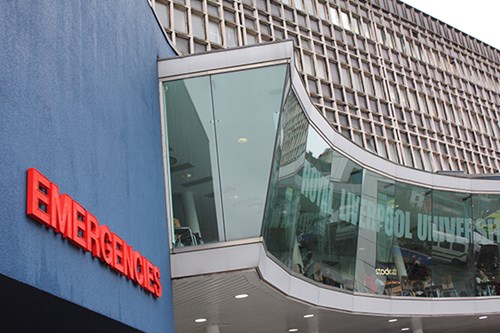 The Emergency Department (ED) at the Royal is the biggest and busiest in Merseyside. We aim to see patients as quickly as possible - nationally, the target is for 95% to be treated within four hours.

All patients that come to our Emergency Department will be seen and assessed by a qualified member of the nursing team, subject to a national set of assessment guidelines, a decision will be made as to which area of the department will best suit your clinical needs.

What happens when you see us 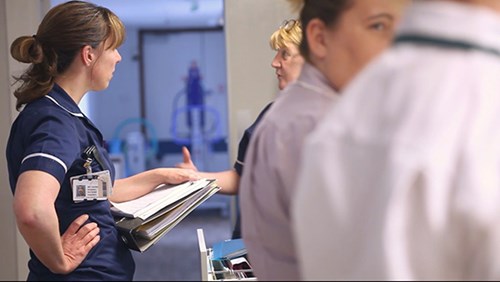 The Royal Liverpool University Hospital has the city’s emergency department.

The service is a 24-hour, seven day a week walk-in service.

This means you do not need to book an appointment. A comprehensive emergency service is provided including on-site senior accident and emergency staff, triage, nurse practitioners, trauma team, CT scanning, cardiac arrest team, decontamination facilities and specialist opinion from all major specialties.

A&E is a service for patients who have an emergency that cannot be dealt with at one of the walk-in clinics noted above or by an appointment with your GP. Due to high demand, please only attend A&E if you have a genuine emergency.

Upon entering via the Emergency entrance, please report to the emergency reception straight ahead after the double doors. You will directed to where you need to report once you have been booked in by our administrative staff.

Based within the Royal Liverpool Hospital on Prescot Street, Liverpool, L7 8XP the Emergency Department is next to the left of the main Hospital entrance

The department works closely with vulnerable adults and the homeless and has been fortunate enough to receive awards at both a trust (2015 Team of the Year) and national level (Nursing Times Accident and Emergency Nursing award).

Rob Jackson, one of our nurse clinicians has been commended for his work with young people around the issue of knife crime. Rob has received regional awards and has been widely published in both Nursing journals and newspapers over the past four years. More recently, Rob was awarded the honour of carrying the Olympic torch when it visited Liverpool in recognition for his work. It is estimated that he has spoken to in excess of ten thousand people in the past four years and the latest figures show a reduction of 28 per cent of knife injuries in young people which goes against the national trend.

As a direct result of this, Rob has been instrumental in setting up a group called NEST (Nurse Education Specialist Team), which includes colleagues from the trust who can deliver similar hard hitting talks around drug misuse, smoking and alcohol.

The department appears on a regular basis on the television, both at a regional and national level.

The BBC documentary 'Trauma' was filmed exclusively in the department in 2004 and was a six week fly on the wall documentary looking at the trauma work we do. In 2011, the BBC Panorama documentary series filmed a programme at the Royal about alcohol - much of the documentary was filmed in the Emergency Department.

We have contributed to story-lines with the BBC series Casualty and several of our staff have had acting parts in the Channel Four soap 'Hollyoaks'.

The College of Emergency Medicine to which many of our medical team are affiliated held their week long national exam MCEM at the Royal in 2011, this was primarily organised by Dr Jane McVicar but saw several of our staff members assisting in various roles as nurse assistants.

We have a online resource which builds on the work done by a former consultant, Dr Tony Good in the form of the ED Handbook. It has been extensively updated by Dr Ray Raj and is available for all staff to access for advice on management of particular presentations to the department.