My mum, Ann, began her nursing career at just 17 years old at St Paul’s Eye Hospital at the 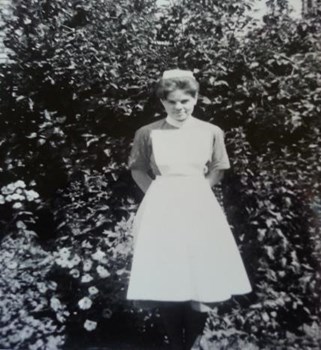 start of the 1960s. Her inspiration to help and care for patients with sight problems came from her own father, who lost his sight in both eyes as a young boy in the early 1920s. She attended an interview at St Paul’s and recalled sitting, with her mother, on a bench outside the matron’s office. That very bench would prove significant in the years to come!

She worked at St Paul’s until 1963 before moving to the Royal Southern Hospital in Liverpool as a Staff Nurse. She spent time here broadening her nursing knowledge and experience as well as spending some time at the Royal Liverpool Children’s Hospital in Heswall, Wirral. This time helped her gain her State Registered Nursing qualification in 1965. 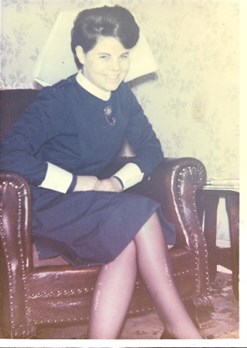 Ward Sister in March 1966. My mum kept the letter she received from St. Paul’s Matron, Miss Eglin, about her first appointment as a ward sister. She studied further and received her Ophthalmic Nursing Diploma from the Ophthalmic Nursing Board on 1st January 1966. With a caring heart she very much put her patients first and she helped to change the lives of so many people with eye conditions over the years. 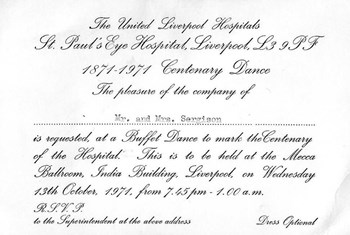 centenary Buffet dance on 13th October 1971 at the Mecca Ballroom, India Building, Liverpool. Unfortunately, they were unable to attend, having had a recent new arrival, me! Though understand there were many balls with an active St Paul’s social calendar!

I can recall her telling me stories of her patients, of the matron’s who ran the hospital with a rod of iron, of the consultants she worked closely with and much admired, Mr Patterson and Mr Gray, are the ophthalmic surgeons I can recall, still today. Of her nurse colleagues who she kept in touch with for many years before losing touch as they all moved way to raise their families. One colleague and friend she spoke about fondly was Caroline Wood, who emigrated in 1974/5 to Papua New Guinea to follow her husband who had a new job. She wrote many times to Caroline but lost touch over time. My mum herself left nursing for several years to raise her family in the 1970s. 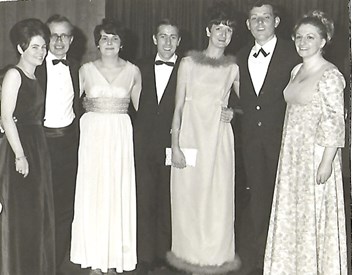 dad in 1968, the patients on the ward, clubbed together and bought her and my dad an ironing board or table as the label states, and it is still going strong to this day!

She came back to St Paul’s and worked in theatres in the late 1970s as a Theatre Sister and was on-call at times. By then she was living in Southport with Dad, myself, and young brother. One night the phone rang, and she had to go to St Paul’s to assist with an emergency case. My Dad drove her to work, as he had done many of times, and got as far as the dock road and was stopped by the police for speeding. My mum and dad explained why they were going so fast, an emergency was waiting at St Paul’s, they were escorted with blue lights flashing and the sirens wailing, all the way to the door of St Paul’s!

My dad got to know many of the porters and switchboard staff, chatting to them as he waited for my mum to finish her shift. Apparently, my dad would cover the switchboard when the operator had to go for a break! To this day, we are not sure if there were any calls whilst my dad was covering or if there were, did they get through to the right ward?!

I can remember mum coming home from long shifts, her uniform smelling of hospital disinfectant, and eating her dinner, which had been kept warm in the oven, and smelt delicious. We listened in awe, as she told us of cataract operations, where patients had to lie flat on their backs for several days afterwards with both eyes covered,  being fed pureed food to assisting with Mr Gray and Mr Patterson with complex detached retinas, to children whose eyes had be severely injured with fireworks, which meant that we could never have them at home, much to our disappointment!

Occasionally she would bring home a nurse’s hat and a few dressings, so I could play hospitals with my dolls, and she would let me borrow her nurses fob watch if I was very careful. I recall one day going to St Paul’s with her, as she had to go to the theatres to get something ready. I was told in no uncertain terms to wait at the theatre doors and to not come in. I remember so clearly, just pushing the door open ajar and seeing the theatre table and lights, and my mum, all in scrubs or the uniform of that time, with her back towards me, assuming she was getting the equipment ready for a pending case. My brother can remember too, going to St Paul’s with mum and being shown around the hospital wards and theatres around the age of 3 or 4 years.

My mum left her beloved St Paul’s in 1979 to work part time, whilst raising her young family, in several nursing homes, including opening her own rest home, over the next 15 years or so. Indeed, her connection with St Paul’s continued with Mr Gray, Ophthalmic Surgeon, kindly writing a reference for her when she was registering her new care home business with Social Services in the early 1980s.

With her family grown up, she took the decision to go back to school, and studied for several GCSEs at local classes and passed with flying colours. This gave her the confidence and drive to go much further, to university, and in 1998 she graduated with a 2:1 BA (Hons) in Health Studies. Her dissertation was all about ‘bed-blocking’ in the NHS, a subject she would talk about many times! We were all so proud of her achievements and seeing her graduate was an incredibly special day for us all.

In later years my mum had problems with her eye herself, several corneal ulcers, and did 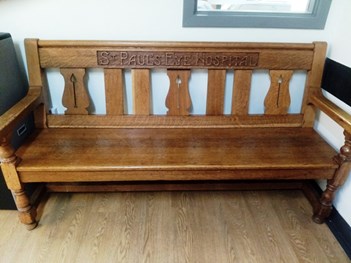 not hesitate for one moment to ask for a referral to St Paul’s Eye Unit in 2011. Although not her beloved St Paul’s on Old Hall Street, it still had the same calling despite being now at the Royal! At one of her first, of what would be many, appointments at the Eye Unit, she saw the same bench that she had sat on over fifty years ago, still in use, which she was extremely pleased to see after all of that time! 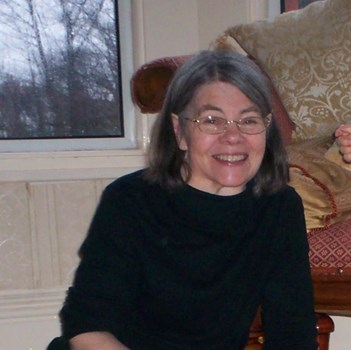 NHS colleagues, Professor Stephen Kaye was her consultant; she took part in two clinical trials, hoping that she could, in a small way, help to find new treatments for others with her condition in the future. It only seemed fitting that, after my mum’s sudden and unexpected death in 2014, we made a donation to the St Paul’s Eye Unit to support further ophthalmic research for other patients or support a nurse researcher to attend a conference to present a poster or paper on their research. In some way this was to continue her legacy, helping to change the lives of people with eye conditions.

Michelle would like to hear from anyone that knew Ann and has memories or photographs of her mother.  Ann sadly died quite suddenly and Michelle has questions about her mother's career she never got to ask and would treasure any memories others have. To get in touch please email foundation@liverpoolft.nhs.uk 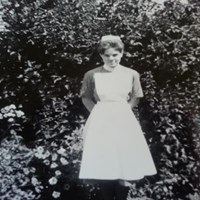 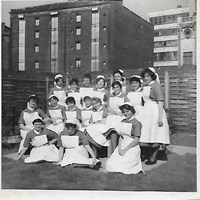 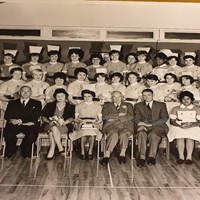 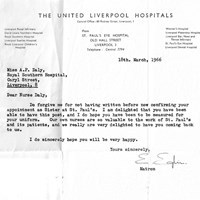 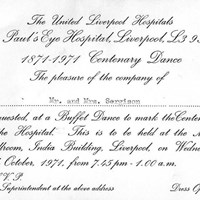 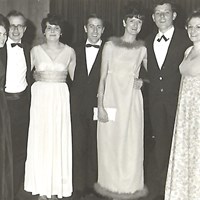 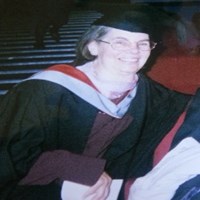 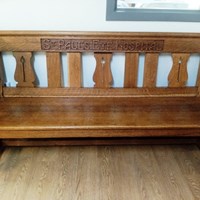 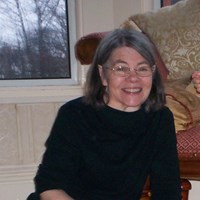