The Liverpool Courier on February 17th 1909 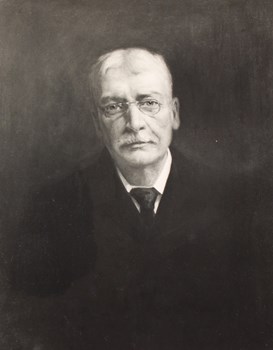 FRCS the famous ophthalmic surgeon, of Liverpool, who was a Wigan man, with many local associations, being a brother of Messrs Walker Bros, who own the Pagefield Engineering Works, and of Mt J H Walker, the mining engineer, of Wigan The sad event occurred on Monday at Las Palmas, Canary islands, where the deceased gentleman had gone to sojourn for a short time for reasons of health.

Mr Walker was the son of Mr James Walker, a well-known and highly respected tradesman of Wigan more than fifty years ago, and it was at Wigan that Mr Walker was born in the year 1839. he received his early education at the Wigan Grammar School, and he received special mention in the report of the Rev Canon Girdlestone on his examination of the school at midsummer 1852, and the reference to the deceased has a special significance at the present time in view of his distinguished career and his fine work in the science and art of healing. Writing on 7th July 1852 from Deane Vicarage, Bolton-le-Moors, to the trustees of Wigan Grammar School, Canon Girdlestone said he was happy to be able to give a good report of the state in which he found the pupils of the school. “The proficient of several classes, notwithstanding many discouraging circumstances in the various subjects which they brought up, is such as reflects the highest credit on the Headmaster and his assistant. The answers of the Fourth Class were particularly satisfactory, “Canon Girdlestone reported, “and amongst the boys in the class Walker especially distinguished himself.” It is interesting to note that the deceased, who was then thirteen years of age, was the only boy singled out by name for commendation in the report.

On leaving Wigan Grammar School Mt Walker prosecuted his studies with great success and at the age of twenty he matriculated at the London University, and then proceeded to University College Hospital, where he obtained his medical tuition. He took his MB with honours in 1861 and qualified as a member of the Royal College of Surgeons in 1863. After holding resident appointments at University College Hospital, the Brompton Consumption Hospital, and the Manchester Royal Infirmary, he was in general practice at Southport for a couple of years, but in 1869 he obtained the Fellowship of the Royal College of Surgeons of England, and studied ophthalmology at the Royal London Ophthalmic Hospital, Moorfields, where he was clinical assistant to Sir William Bowman.

It was in 1870 that Mr Walker who was then thirty-one years of age, settled in Liverpool, and began practice as a specialist in diseases of the eye and ear, and the work he did soon made him known beyond the confines of the city, and it was not long before he found it necessary to extend his operations. Busy as he was with private practice, which was rapidly growing, and heavy as were the demands upon his time, yet he felt himself called upon to do something for the poor who were suffering from those diseases of which he had made a special study, and so he took two small rooms in a house in St Paul’s Square, Liverpool, and here people suffering from diseases of the eye and ear received gratuitous treatment,. By reason of his singular skill, Mr Walker became famous throughout the county as an ophthalmic surgeon, and very soon people were coming from far and near to undergo treatment at his hands. Indeed, so rapidly did the work increase that soon, with the help of his father-in-law Mr William Nimmo and others, the whole house was taken and turned into a public charity under the title of St Paul’s Eye and Ear Hospital. To this magnificent work he devoted his life, and he saw the hospital grow from its small beginning to its present position as one of the most notable institutions of its kind in the country.

For thirty-eight years Mr Walker did a benevolent work at this institution, and from the beginning, with the exception of brief holidays, he visited the hospital daily until towards the end of last year, when ill-health compelled him to go abroad and he had been staying at Grand Canary where he died as stated on Monday. His demise will be mourned by thousands who have received benefit at his hands. It was only natural that the deceased gentleman should take perhaps more than an ordinary in the cases that came from the Wigan district, and many will remember how he had always a kind word for the patients who had journeyed from his native town to the hospital he had the honour of founding. It is of interest to the public to know that the deceased’s second son, Dr Arthur Walker, will continue his association with the work which his father so nobly began and so successfully carried on at the St Paul’s Eye and Ear Hospital.

Mr Walker occupied many important positions in connection with other charitable institutions. For example, he was honorary surgeon to the School for Indigent Blind, and honorary consulting surgeon to the David Lewis Hospital, while he had been honorary ophthalmic surgeon to the Royal Albert Edward Infirmary, Wigan, and honorary surgeon to the Hospital for Skin Diseases, Liverpool. The high esteem in which he was held by his professional brethren is indicated by the fact that he was vice-president of the Lancashire and Cheshire Branch of the British medical Association, and he also occupied a similar position in connection with the Liverpool Medical Institution. Mr Walker devised original operation in the treatment of ulceration, glaucoma, and other diseased of the eye, which he described in contribution to the medical journals. These he afterwards collected in book form and published under the title of “Essays in Ophthalmology.”

For many years Mr Walker was a warden of the Church for the Blind, Hardman Street and a member of the council of Liverpool College.

In 1870 he married Louise, daughter of Mr Wm Nimmo, of Birkdale, and she, together with six children, mourn his loss.

The deceased gentleman was interred at Las Palmas on Tuesday.