I have been associated with St. Paul’s for fifty two years – thirty two as a consultant followed by eighteen years as a friend when I would visit occasionally for a cup of tea and a 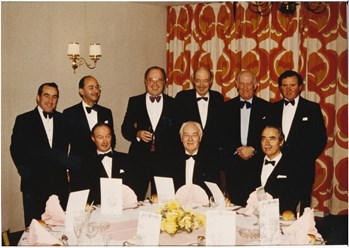 chat in the theatre and the last two as a patient.

I was appointed as a consultant in 1968 to what was then called the United Liverpool Hospitals with sessions at two of the constituent hospitals, the David Lewis Northern Hospital and St. Paul’s Eye Hospital.  They were situated on opposite sides of the junction of Old Hall Street and Leeds Street.  It was a unique appointment because, amazingly, it was the first time someone had been appointed to both of these hospitals.  The significance of this will become apparent later.

The first day in my new post was with Alan Paterson.  We spent a most pleasant morning together.  Little did either of us realise then was that we would be together for the next twenty eight years until he retired. This was probably the longest anaesthetist/surgeon partnership in the region.  In all those years we never had a cross word and we became lifelong friends.  The afternoon of my first day was spent with Malcolm Burns.  We also became great friends until his death twenty six years later.

What was St. Paul’s like in those days?  There were approximately 100 beds on four floors, including a children’s ward.  The theatres were on the second floor and situated in a way that is difficult to imagine today.  The theatres were on one side of the corridor leading to Ward 2 and the anaesthetic room was on the opposite side.  Thus we had to deal with a constant flow of nurses, visitors etc. using the passage while we were trying to take patients in and out of theatre.

How had this situation developed at St. Paul’s despite the number of eminent anaesthetists who had worked there over the years?  The reason was that they all had only one session a week there and their real interest was in their main hospital.  Not one of them even worked across the road at the Northern.  I set about regarding the two institutions as two branches of the same hospital from an anaesthetic point of view and arranged the junior staff accordingly.  I put an end to the absurd position where junior staff from the ENT Hospital in Myrtle Street, near the Philharmonic Hall, covered St. Paul’s for part of the week.

Also, I surprised the consultant surgeons by attending the medical board meetings, and later the division of ophthalmology.  I was made most welcome and invited to take part in all aspects of their work.

The type of cases that were treated most of the times involved cataracts (almost all with a general anaesthetic), squints, detachments and injuries.   However, quite frequently, Alan Patterson treated very young babies with buthalamos.  They were actually transferred from Alder Hey to us and I became the only anaesthetist in the region outside Alder Hey having to deal with patients from the age of 12 days upwards.

About 1975 there were major changes.  The children’s ward and Ward 2 were closed.  The ward was converted into a theatre suite with a well equipped recovery ward as a result of which working conditions were dramatically improved.  Also, in that year Dr. Joan Kelly joined the team and was a great support at all times.  Some years later, Dr. Fred Mostafa joined the St. Paul’s anaesthetic team and made a most significant impact.  He edited a book on the subject to which we all contributed.

In 1978 the Northern closed on the opening of the new Royal Liverpool Hospital.  Fortunately, I was clinical director of anaesthesia and made sure that St. Paul’s was treated as an equal part of the organisation.  This went on until 1992 when St. Paul’s moved into the Royal.  What was so important was that while it blended into the Royal it retained its own identity and even its own theatres.  Hopefully, that will be the case in the new Royal.  Eight years later, I retired after thirty two years as a consultant.

Throughout my career I was always a strong supporter of the nurses – I had to as I was married to one and two of my daughters followed the example of their mother!  I always said that doctors could not hope to do their work properly without nurses.  I also supported the anaesthetic technicians, later called ODPs who made our work as anaesthetists so much easier.  My reward for this was to be taken out for dinner on retirement not just by consultant colleagues, but by all the different members of staff – one of the most enjoyable nights of my life.

Finally, I am now a patient of St. Paul’s being treated for macular degeneration.  The nurses, some of whom remember me, play a huge role in the clinic.  I feel totally at their mercy but have every confidence in their skill as they perform very delicate injections into my eyes. 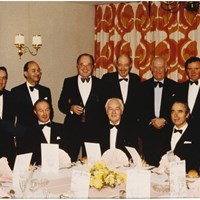