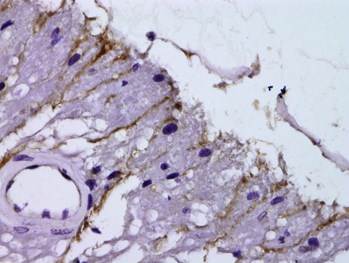 The problem: a lack of cell-based research capacity within the Department of Eye & Vision Science. This research strand is essential in the development of clinical therapies for conditions such as AMD, corneal diseases and glaucoma.

Our solution: the Foundation part funded a five year lectureship for Dr Carl Sheridan, a cell biologist, to establish him as an independent researcher and to found a research group within the department.

Impact: Dr Sheridan’s impact was such that the university took over the funding of his post, and he is now an established senior lecturer, leading on ocular cell transplantation and with responsibility for several PhD students. He has developed an international reputation, and now is a regular at conferences exploring tissue engineering, regenerative medicine and other ophthalmological issues.

His work forms the basis of several new therapies being explored by pharmaceutical companies, and also underpins the department’s current retinal regeneration project, which has moved from the lab to within clear sight of patient trials.

As with other projects funded by the Foundation for the Prevention of Blindness, the initial investment was instrumental in additional external funding consequently brought in. Other organisations have since invested in excess of £1 million in Dr Sheridan’s team.