The Royal Liverpool Lower GI  service offers a detailed service for patients with diseases of the small bowel, colon and the rectum.

The Royal Liverpool Lower GI  service offers a comprehensive specialist diagnostic and management service for patients with diseases of the small bowel, colon and the rectum. This includes but is not limited to the management of inflammatory bowel disease such as Ulcerative Colitis and Crohn’s disease, coeliac disease, Irritable Bowel Syndrome and bowel cancer. 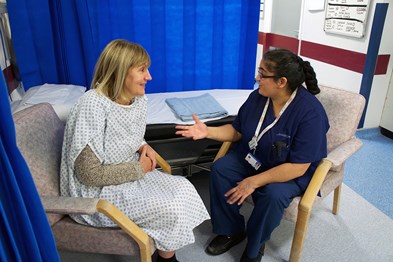 The IBD team at the Royal Liverpool University Hospital is a tertiary referral centre and includes 7 Consultants, three specialist nurses, three research nurses and four middle grades doctors (Specialist Registrars). The IBD team is well supported by four Radiologists who have a special interest in bowel imaging and four colorectal surgeons with a specific interest in IBD surgery.

The department has a long standing interest in clinical trial, particularly in new therapies for inflammatory bowel disease.

We are involved in several clinical trials of new therapies for IBD at present. Some of these are local trials whilst others are multi-centre national and international trials. We have a dedicated, experienced research nurse team led by, Kate Martin, who is involved in co-ordinating trials and reviewing trial patients. Some of the current clinical trials include:

There are several further trials in development. You could discuss your suitability for participation in trials during your clinic appointment or contact one of the research nurses.