The Bishop of Liverpool is encouraging more people to “know their HIV status” after taking an HIV test to raise awareness of National HIV Testing Week (18 to 24 November). 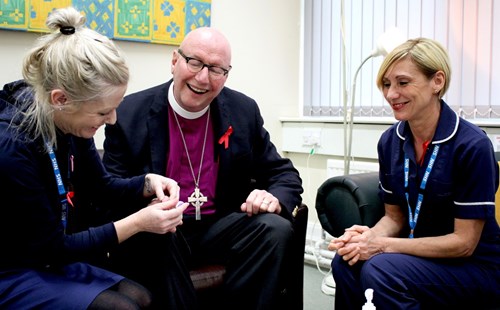 The Bishop of Liverpool is encouraging more people to “know their HIV status” after taking an HIV test to raise awareness of National HIV Testing Week (18 to 24 November).

Figures show the number of people with HIV across Merseyside has increased during the last 12 years. In 2004, there were approximately 250 cases in Merseyside but by 2016 this figure had raised to more than 1,041 patients.

An estimated 101,200 people are living with HIV in England, with around 13% of these people not aware that they have HIV infection and are at risk of unknowingly passing on HIV. Late diagnosis still remains high in Merseyside acknowledging the need for testing.

Bishop Paul Bayes said: “When I was asked to take part in this campaign, I was very glad to do so. I took the test because I believe that it will help our health as a nation if millions more people knew their HIV status for sure. Given the history of fear and stigma around HIV, I understand that people may be reluctant to be tested - but knowledge is the best way to destroy fear.

HIV tests take just a few minutes to complete and can be done at the Royal Liverpool University Hospital’s Sexual Health clinic and other centres across Merseyside.

Mark Lawton, consultant in sexual health and HIV at the Royal Liverpool and Broadgreen University Hospitals NHS Trust, said: “Knowing your HIV status helps you and others remain healthy. Testing is free and completely confidential. Rapid testing is also available which gives a result in just 20 minutes. 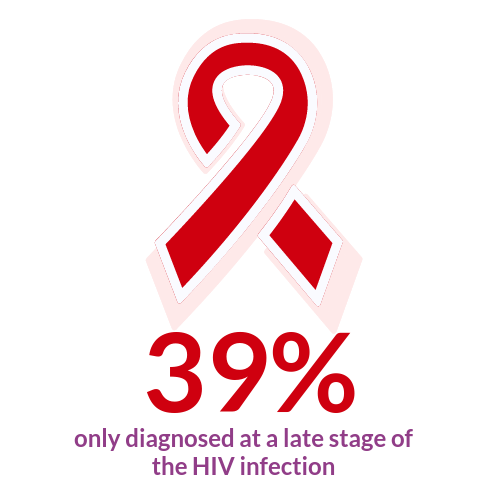 Tommy McILravey, chief executive officer of Sahir House, said: “Dozens of people still die each year of HIV related illness. These deaths are preventable as there is treatment available to keep HIV in check. The sad thing is that the stigma associated with the virus stops people from finding out early enough. When high profile people like the Bishop take an HIV test it sends a powerful message. Knowing your HIV status should be one more thing you get checked regularly.”