The Royal's consultant histopathologist Sarah Coupland has been awarded the ICO Ophthalmic Pathology Award at the World Ophthalmological Congress in Barcelona. 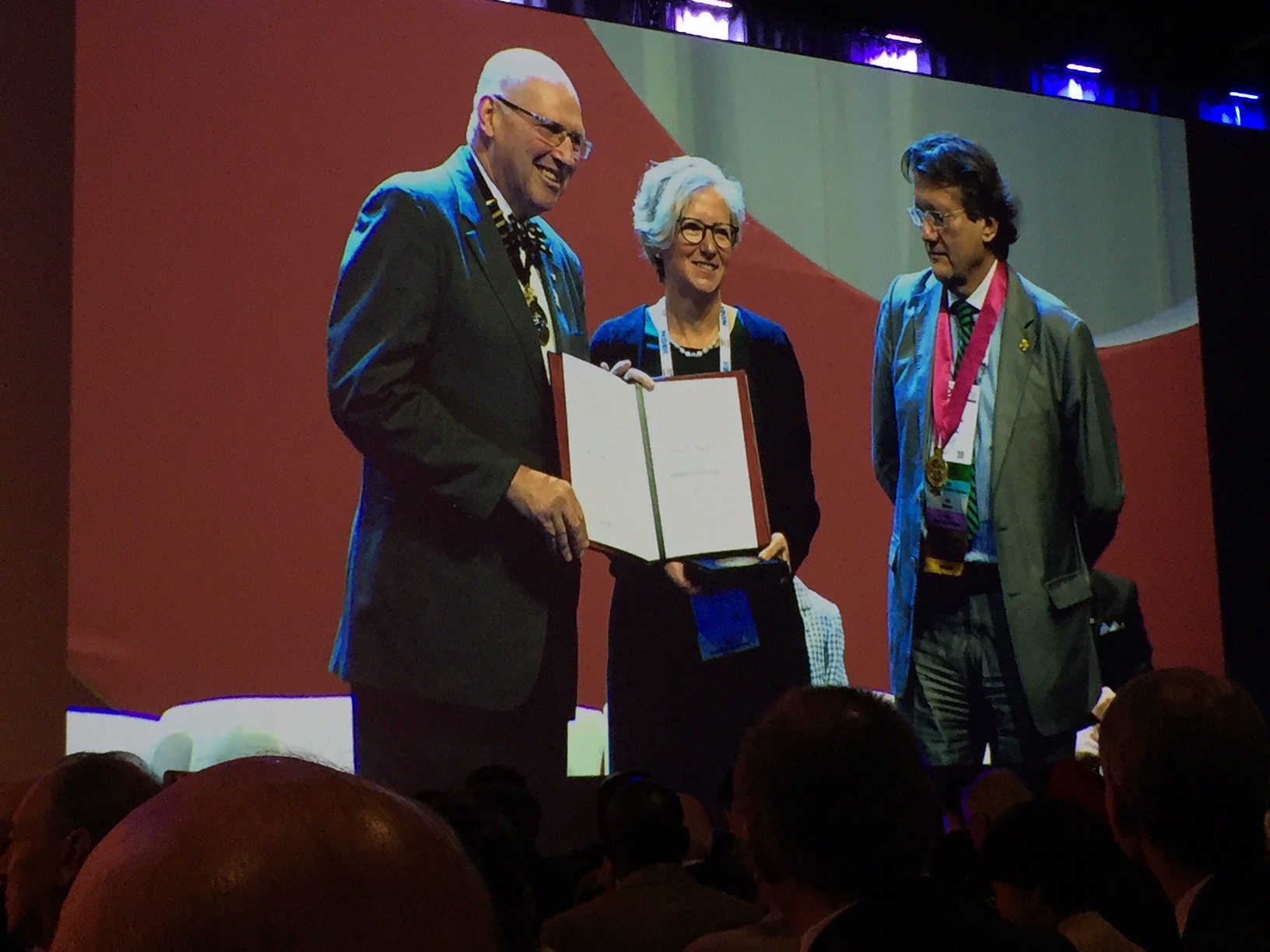 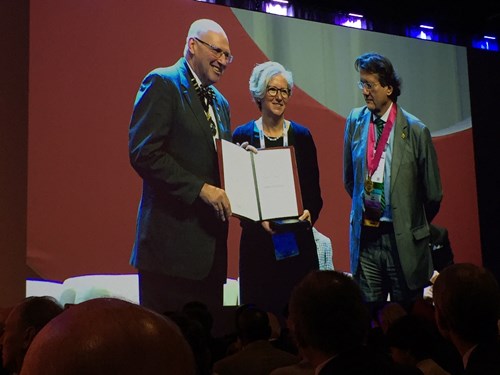 Awardees are chosen by an international committee, consisting ophthalmologists and scientists, before the award is given during the opening ceremony. Only given every four years, Sarah was the 4th person to receive it and the 1st from the UK.

Alongside receiving a medal, Sarah also presented Naumann lecture at the WOC, given in honour of Prof. G.O.H. Naumann who instigated the award.

As well as being busy winning international awards, Sarah has also been fundraising for a local cancer charity, North West Cancer Research, which funds the Trust's Cancer Research Centre. She recently completed a 4-day 320 mile cycle ride, cycling from Lancaster to Dublin.