Former Liverpool Echo journalist Tony McDonough talks about his journey to recovery thanks to the team at Liverpool Heart and Chest Hospital and the Royal Liverpool University Hospital.

From bypass to bypassing the runners of Princes Dock

Former Liverpool Echo journalist Tony McDonough talks about his journey to recovery thanks to the team at Liverpool Heart and Chest Hospital and the Royal Liverpool University Hospital. 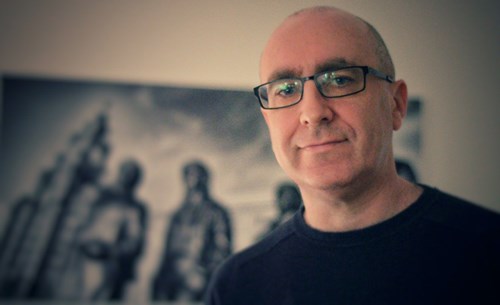 Health conscious Tony McDonough, 47 from Croxteth has always looked after his health and wellbeing from a young age. Tony was generally in good health as a non-drinker and non-smoker from his early twenties, however after a trip to Paris he started to develop tight pains in his chest.  Initially thinking it could be down to a muscular pain from the walking round and sightseeing or considered that he was feeling a little stressed, he ignored the signs.

The discomfort persisted and he attended the Royal Liverpool University Hospital with chest pains. During his visit, Tony was carefully monitored and his test results came back clear, he was then advised to visit his GP if he experienced any further discomfort or symptoms.

A few weeks passed and he decided to visit his GP who referred to him to a cardiac specialist at Liverpool Heart and Chest for further investigations. The tests revealed a genetic condition and the specialist confirmed he would need a triple heart bypass.

Tony said, “The pain didn’t get worse but it never went away, when I was told I needed a triple heart bypass I began to realise my own mortality, it suddenly become very real that this was serious.

“The life-saving operation carried out by Mr Mark Pullan, Consultant Cardiac and one of the leading surgeons in the country and my consultant went fantastically well. He specialises in ‘off pump surgery’ which means that the operation is carried out whilst my heart was still beating, minimising blood loss and leading to quicker recovery.

“Getting back on my feet was really important to me after such a big operation. I spent five days in hospital and when I was discharged I was supported at home by my relatives. My sister is a keen cook and she helped prepare some healthy meals to help me regain my strength. I was also advised as part of my recovery to attend Cardiac Rehabilitation sessions at the Royal.

“The six week programme began with an assessment of my overall health and fitness. All the sessions were free and were led by nurses who support you throughout the programme. The physiotherapists then advise you on the types of exercises that aid recovery so it’s like your own tailored personal training plan.

“During each session you are carefully monitored and afterwards patients are invited to chat to a different expert such as a dietician or pharmacist, giving you the opportunity to ask any questions about your condition, I found this invaluable.

“Before my illness I purchased a treadmill to help me get fitter at home, it was between the purchase and the delivery of the equipment that my health began to decline. After my operation I longed to get back into running and would often look out of my window at the running community jogging around the docks.

“I am delighted to share that this March, I put my running shoes back to good use and joined the local joggers in a run along the waterfront, a huge achievement for me and something which without the world class care of health professionals from both Trusts, would perhaps never have been a reality.

Working in close partnership with Liverpool Heart and Chest Hospital allows for better health outcomes for cardiac patients receiving specialist care which is complimented by a full aftercare programme.

The aim of the cardiac rehabilitation programme is to get patients back to as normal and active life as possible and to reduce the risks of further cardiac events. The sessions improve the patients’ fitness, help to restore confidence, maximise recovery and improve quality of life.

The supervised exercise programme is tailored to the individual’s condition and ability. Health professionals educate patients about their heart health and how they can look after themselves at home following an operation.

Cardiac rehabilitation is available to anyone who has had a heart attack, a coronary angioplasty, heart surgery, some people who have angina or heart failure and in some cases patients who have people who have had an ICD implanted.