A grateful former patient returned to the city that saved his eye, and is leaving a substantial legacy so that others might benefit in future. 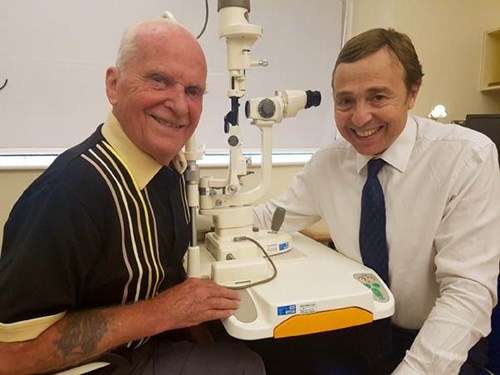 Rudy Hughes, 88, was just 12-years-old in March 1941 when a freak accident involving a toy soldier’s bayonet resulted in a punctured eyeball and a trip to St Paul’s Eye Hospital.

There his eye was stitched by hospital surgeons in a procedure which, Rudy was told, had literally saved his eye.

76 years later and a grateful Rudy is returning to St Paul’s to confirm his bequest and to see how his legacy might be spent in the fight against sight loss.

Rudy, originally from Moreton, Wirral, said: “I just pulled the figure out of my eye – I didn’t think much of it. It was only four or five days later when I mentioned to my mother that I couldn’t see through that eye that she took me to see a doctor”.

Rudy is similarly calm when describing the moment a German bomber, probably off-course from its Liverpool docks target, dropped a bomb close to the hospital (St Paul’s had been evacuated to a site away from the city centre). 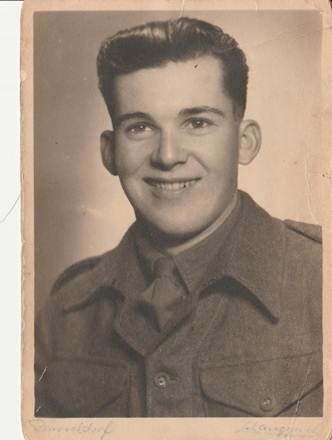 He may now be 88-years-of-age but Rudy has never forgotten the service he received at St Paul’s. “I owe them everything – I’ve lived the life I have because of St Paul’s.”

Rudy was able to join his family regiment, the Royal Welsh Fusiliers, by memorising the eye test chart and repeating it back. “Because I had two eyes they didn’t realise I was partially sighted – they said I had A1 eye sight!”

As a mark of his gratitude Rudy has made a substantial bequest to the Foundation for the Prevention of Blindness – a charity that funds research at St Paul’s – and encourages others to do the same via the St Paul’s website.

Professor Stephen Kaye, surgeon at St Paul’s Eye Hospital in the Royal Liverpool University Hospital, said: “Rudy’s generous gift will allow us to help young and old alike to receive the best in preventative and restorative eye treatment, and we encourage others to consider making a similar pledge when writing their wills.”