The sister of John Lennon has visited the Royal Liverpool University Hospital to launch St Paul’s Eye Unit’s latest campaign. View from the Stars is a fundraising campaign for people affected by sight loss. The campaign is asking stars to donate their glasses or sunglasses to be auctioned off to fund pioneering research that will transform the treatment and care of eye disease. 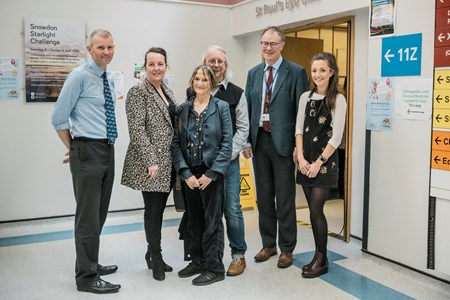 The younger sister of John Lennon, Julia Baird, visited St Paul’s Eye Unit to launch the campaign and discuss how she could get involved and help raise awareness of the campaign to support St Paul’s Charity, The Foundation for the Prevention of Blindness. The Beatles legend himself was very short sighted and was embarrassed to wear glasses until later in his career, when the iconic pair of round glasses became his signature look.

On her visit to St Paul’s, Julia brought along a pair of John’s spectacles that are currently on permanent display at the award-winning ‘The Beatles Story’, a visitor attraction based on the Royal Albert Dock in Liverpool. John wore the glasses in 1971 whilst composing his classic song, ‘Imagine’. The glasses were passed through a machine that takes a measurement of the prescription called a focimeter, to see just how short sighted he was. 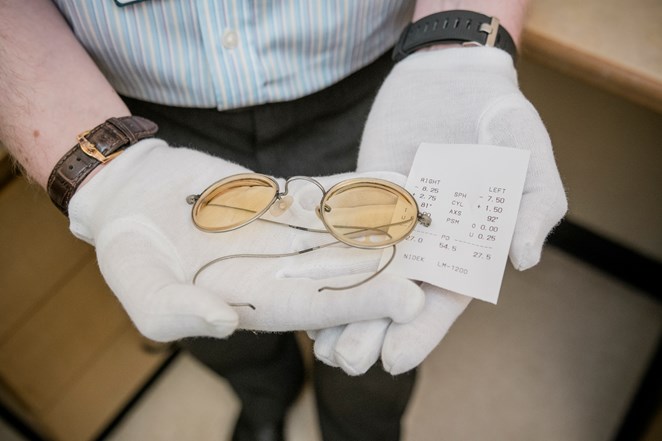 The test revealed that aged 31, John would have been severely short sighted, or myopic, and also had astigmatism.

“His short sightedness was at a level such that it’s likely it would have worsened later in life and may have become a threat to his vision.” 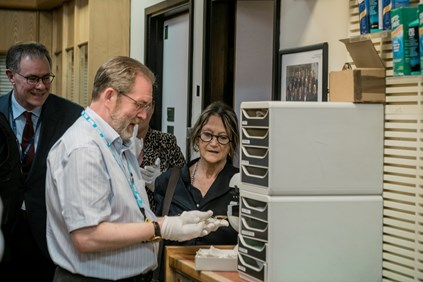 Poor vision seemed to run in the family, as Julia explained: “I’m thrilled to be involved in View from the Stars. John, our mother and I all wore glasses because we were all very short-sighted. It wasn’t cool to wear glasses when The Beatles played the Cavern, and when The Beatles became famous John wore contact lenses.

“However, that later changed and the style of John’s glasses is one that is still instantly recognisable today; so we think it’s a great idea to use something as symbolic as them to kick start this amazing campaign to support St Paul’s Eye Unit’s work in Liverpool and around the world. 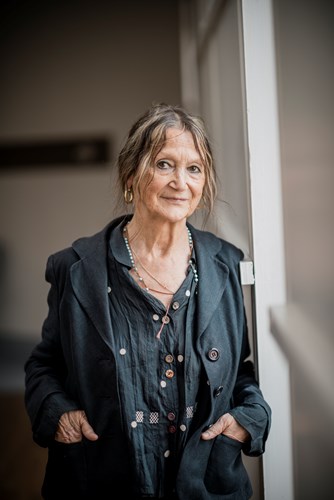 From its humble beginning in 1871, St Paul’s Eye Unit has grown to become an international centre of excellence, working with many countries around the world including Malawi, India, the USA and China.

Almost two million people in the UK are living with sight loss, a figure likely to rise to over four million by 2025. Many cases of blindness and impairment are preventable, and this is a driving factor for the St Paul’s teams to develop new diagnostic and pioneering treatments.

The Trust wants you to be a part of helping us to fundraise toward our ground breaking work. So, if you are a star and want to help tackle world blindness, or you know of someone famous who would love to get involved, or even a famous pair of glasses within your family, please get in touch.

“We are very grateful to Julia and The Beatles Story for getting behind this fundraising event.  We certainly hope other celebrities can lend their support and help us to generate a lot of awareness of our work and money to fund our cutting-edge projects to prevent blindness,” added Professor Harding.

Alongside any glasses donated for auction, the team will be hosting a number of events to help raise awareness of the campaign – so keep an “eye out” for more details.

If you’re a celebrity who wants to get involved or perhaps you own a pair of specs with their own story that you wish to donate, get in touch with Tom Southern at St Paul’s Eye Unit on tom.southern@rlbuht.nhs.uk