New Royal ends year on a high as work gets underway

After a turbulent time following the collapse of Carillion in January, the Trust thanked key supporters with an exclusive look behind the scenes at the new Royal. 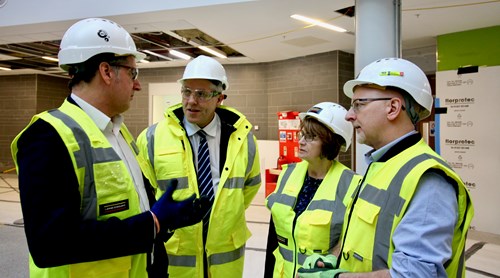 With Laing O’Rourke now established as Management Contractor for the site, work has been underway since November, with the firm establishing their presence and beginning essential works.

Today, Laing O’Rourke and the Trust provided an exclusive view of these initial works, as Louise Ellman MP for Riverside and Steve Rotheram Metro Mayor of the Liverpool City Region looked on.

These essential works included; fitting out the hospital’s Security Room, to be used to monitor CCTV throughout the site, modifying the ventilation system in the anaesthetic rooms in theatres and finishing off selected ‘exemplar’ rooms that will set the standard that other rooms must meet.

"It’s great to be ending the year on a high and I would like to thank Louise Ellman MP, Metro Mayor Steve Rotheram, Mayor Joe Anderson, our colleagues in the Department of Health and Social Care, our staff, patients, the media, the people of Liverpool – everyone who has helped us get where we are today. We can now look forward with renewed optimism - to getting into the new Royal and seeing our aspirations for providing a world class healthcare facility, come to life."

Louise Ellman, MP said: ‘It is great to see work at the new hospital now underway again. This is a vital asset for Liverpool - a key part of the city's regeneration’ 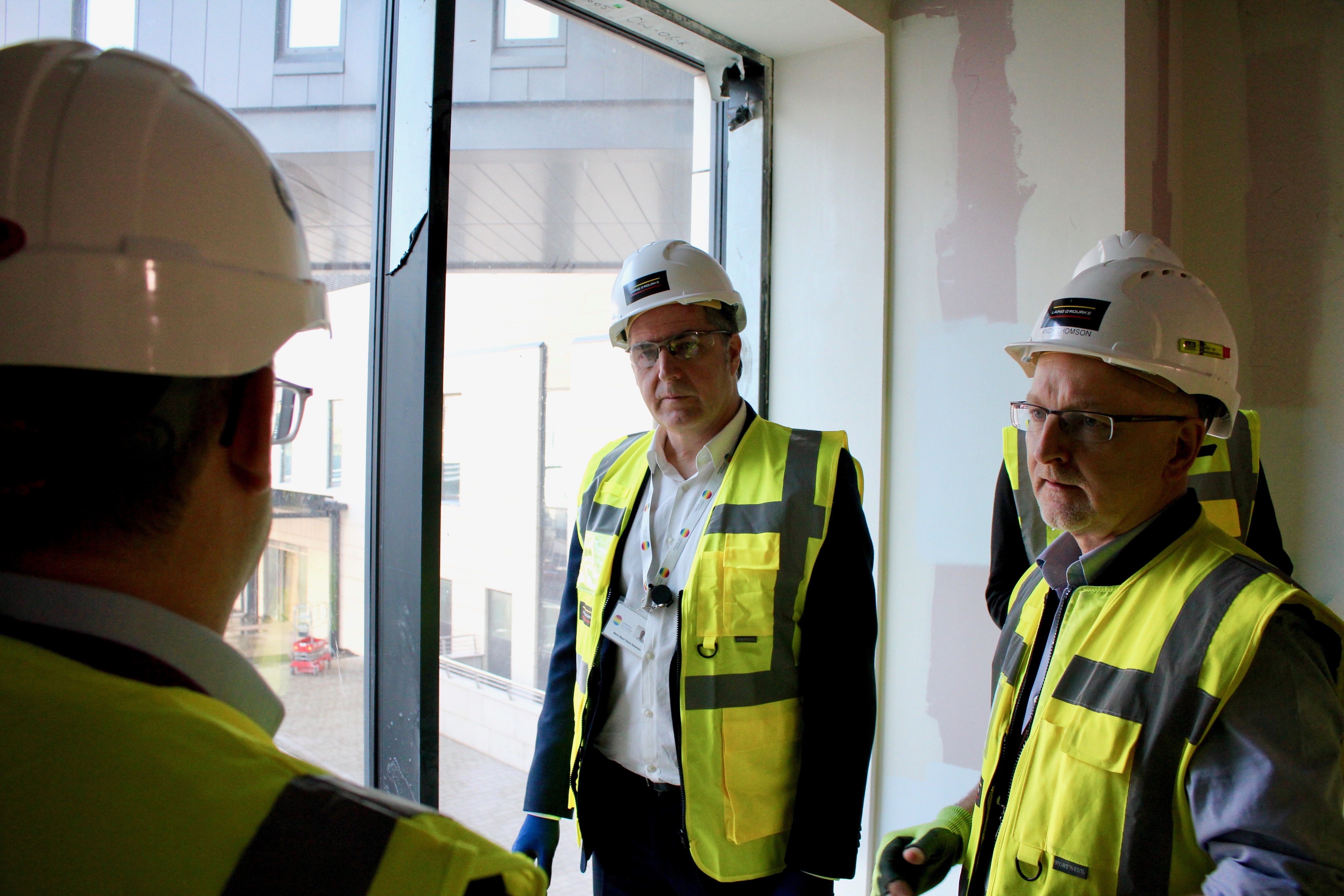 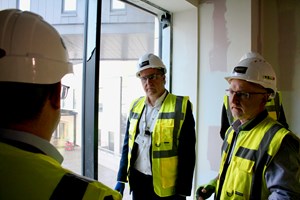 Steve Rotheram, Metro Mayor of the Liverpool City Region, said: "It was good to see for myself the work that is once again underway at the Royal. The collapse of Carillion was a national scandal, but the most important thing now for the people of our city region is focusing on delivering this new hospital, that we so desperately need."

Joe Anderson, Mayor of Liverpool said: "It's great to see work finally on-site to rescue a project which is at the heart of our city.  The staff, doctors, nurses and patients who make up the Royal are a beloved Liverpool institution and finally they will have the building they, and our city, deserves.  That's why, alongside others, I fought so passionately to get this result we have been waiting for.  Happy New Year indeed."

Andy Thomson, Laing O'Rourke’s project director said: “I’m extremely proud to be involved in the new Royal and we have a team of people energised and committed to completing the new hospital. In recent weeks we have established the site with important early work already underway and when we return in the new year, the people of Liverpool will see the pace of delivery grow as we work towards successful completion.”

The Trust is currently working with Laing O’Rourke through the procurement process with around 140 contractors who were previously employed on the site, to get construction completed as soon as possible.

Laing O’Rourke will provide a detailed construction programme later in the New Year, with construction on the new Royal expected to be completed by the end of 2020.