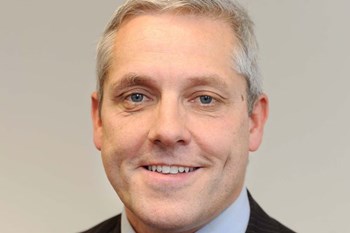 As you will be aware it has now been seven months since construction on the new Royal halted due to the collapse of construction firm Carillion.

Carillion’s collapse has created an unprecedented situation with complex legal and financial issues to resolve and there are no quick or simple solutions.

Throughout this time, we have been doing everything possible to establish an agreement between the various parties required to get construction restarted and our new hospital completed.

This has involved complex negotiations between the Hospital Company (Liverpool) (lenders including Legal and General and the European Investment Bank (EIB), the Treasury, the Department of Health and the Cabinet Office. These negotiations often include commercially sensitive information and therefore cannot be carried out successfully if made public.

Each party has a huge amount at stake and each party wants to see the new Royal completed as soon as possible.

"The funders remain committed to the project. Their motivation has always been to invest in infrastructure that will regenerate our city."

This type of investment is what the EIB was set up for and what Legal and General pensions schemes most often support. They have invested heavily in this project and want to see that investment secured.

"The government want to ensure that a deal is reached that secures best value for money for the taxpayer."

Health Minister Stephen Barclay recently visited the new Royal and was impressed with what he saw. He has taken a keen interest in ensuring an agreement is reached and like all of us, wants to see construction started as soon as possible.

"Since January, myself and other members of the Trust have taken part in hundreds of meetings and conference calls with our partners, pushing for a way forward. These discussions have progressed immensely and we are confident that a way forward will be agreed soon."

To enable an agreement to be reached all parties have needed to fully understand the scale of the works required to complete construction. For this reason, The Hospital Company (Liverpool) commissioned a detailed structural review. We have been working through the report on this review with our own structural advisor and working closely with The Hospital Company (Liverpool) on the findings.

We have known about issues with concrete beams since before Carillion collapsed and these have been widely reported on. All remedial works identified in the review will be completed along with other outstanding areas. The remaining timescales for construction will be approximately 12 months (from when construction is restarted).