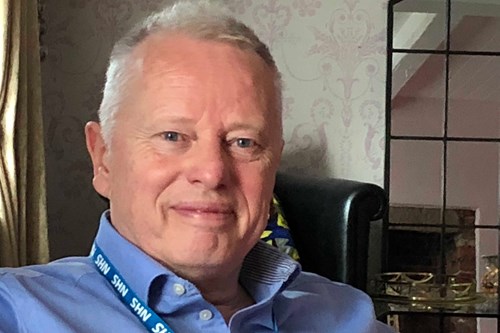 These appointments will provide additional continuity as the Trust moves forward with major projects including finishing the new Royal and health campus and working on a proposed merger with Aintree University Hospitals NHS Foundation Trust.

Dr Williams has worked at the Royal and the Trust for many years, firstly as a research fellow and senior registrar between 1984 and 1992. After five years in Manchester as a consultant nephrologist, he returned to the Royal as a consultant in 1997 and has served as medical director since 2008.

"During his six years as chief executive, Aidan worked tirelessly to deliver our shared aim of improving the lives of the people of Merseyside and beyond. I’m sure we all wish him well on his next endeavours. From my many years caring for people in Liverpool, I am acutely aware of the healthcare needs of the local population. I have been heavily involved in the work both at the Trust and in collaboration with local regional partners to improve our services and care for patients. As interim chief executive, I am delighted to be playing such an important role as we move through this exciting transitional period."

In recent years, Peter’s role has included overseeing the planning of the move into the new Royal and programme director for the proposed merger with Aintree University Hospitals. Given these plans for proposed merger and aligned with that process, the Trust is therefore making a number of other interim executive director appointments:

Colin Hont joined the Trust as deputy chief nurse in 2013. Prior to this, Colin was the deputy director of nursing for Lancashire Care NHS Foundation Trust and previously held the position of Assistant Director of Nursing for Medicine and Emergency Care at Aintree University Hospital Trust. Colin has an MSc in Healthcare Ethics and has experience of healthcare provision overseas, including spending time at Johns Hopkins Hospital in Baltimore, USA, focusing on patient safety initiatives. Colin has also been a specialist advisor to CQC as part of the hospital inspection process.

Dr Paul Fitzsimmons has worked at the Trust as a stroke physician and geriatrician since 2011 and has been deputy medical director since 2017, before which he was care group clinical director for ageing and complex medicine.

Dr Andrew Loughney has been appointed interim medical director on secondment from the Liverpool Women’s NHS Foundation Trust, where he had been medical director since 2016. Andrew will be undertaking this role, four days a week and will retain clinical commitments at Liverpool Women’s Hospital for one day a week. Andrew was born and raised in Liverpool. He has been practising in obstetrics and gynaecology in the north east of England since 1990. His first consultant post was at Newcastle upon Tyne where he was lead clinician for the delivery suite between 2000 and 2008 and he has practiced in maternal medicine up until 2012. He then moved to Sunderland where he continued as a consultant in the specialty but was also appointed associate medical director for clinical governance.

The Trust has also appointed Michael Wright as turnaround director, staring on 18 March. Michael will join the Trust from Barnsley Hospital NHS Foundation Trust, where he is director of finance. Michael has worked across both the NHS and Department of Work and Pensions in audit and finance assurance roles.

The new executive team therefore is:

Tony has 17 years of experience in the NHS, most recently as director of strategic partnerships and chief operating officer at Liverpool Heart and Chest Hospital. Prior to this Tony worked in emergency medicine at the Royal Stoke Hospital and managed the department during its move to a new hospital. Tony is currently working to support patient flow and is working with local partners to reduce delays in transfers of care.

Raman joined the Trust late last year to help drive operational improvement and has ten years of experience in both finance and operations.

"I believe that we have a very experienced team with a mixture of expertise suited to steering the Trust towards achieving its objectives."