The Royal’s professor and clinical director of haematology Cheng-Hock Toh has become president of the British Society of Haematology after their annual meeting took place in Liverpool this week.

Cheng-Hock has been a member of the British Society of Haematology for 26 years and was elected as the vice-president in 2017.

Cheng-Hock said: “In my year as vice-president, I have been most proud of making inroads into engaging nurses in haematology. I wanted to address the lack of nurse members in the British Society of Haematology and make sure that they have a strong voice in shaping the future of our specialty. 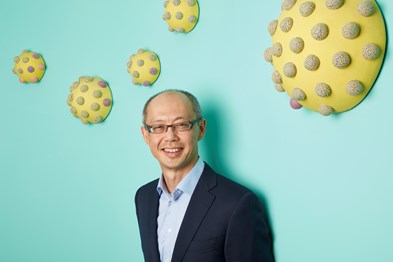 “Haematology nurses are so important in the major improvements that the specialty has made in improving patient outcomes. Therefore, it is a no brainer that their greater involvement and partnership will bode well for improved quality of care.

“I organised the first dedicated Nurse session at the British Society of Haematology annual meeting in Liverpool on the 17 April 2018. We had three Professor Dames in Nursing on the programme to inspire haematology nurses and they covered topics from nurse leadership in transition services to advancing practice and nursing research."

After the annual meeting professor Cheng-Hock Toh was announced as president of BSH for two years, and he aims to continue to integrate the practice of haematology into the very heart of medicine.

Cheng-Hock added: “I want to be seen as an inclusive president who celebrates the achievements of a diverse specialty that is central to the practice of medicine. As haematologists, we integrate our clinical and laboratory skills into the breadth and depth of medicine, eg: from treating common anaemias to preventing life-threatening blood clots and establishing safer transfusion practice as well as improving surgical outcomes.

“I will showcase the value that haematologists bring to the NHS in its important 70th year. BSH will be 60 years old in 2020 and we will be celebrating a specialty that is innovative and always pushing at the frontiers of science, such as gene therapy and gene editing.”