A patient at the Royal has recently had an operation to successfully remove a 4kg tumour from inside her abdomen.

Beverley Jaundrill from Preston attended the hospital for the procedure earlier this year, after noticing a large lump following a bout of illness. She and the team at the Linda McCartney Centre here at the Royal are now keen to help raise awareness of sarcoma by sharing her story. 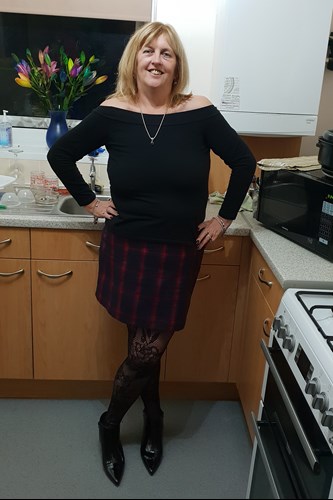 Sarcomas are uncommon cancers that can affect any part of the body, on the inside or outside, including the muscle, bone, tendons, blood vessels and fatty tissues. There are around 100 different sub-types of sarcoma and the majority of people are diagnosed when their sarcoma is about the size of a large tin of baked beans (10cm).

Bev had noticed a small lump 13 years ago and unbeknown to her it had kept on gradually growing, until it reached the shocking weight of 4kg.

“Back in March I had been sick with gastroenteritis and lost some weight and that’s when I noticed the large lump was there. I knew it shouldn’t have been there, but I was scared and didn’t do anything about it,” said Bev, who explained just how difficult the past couple of months have been.

“When it got to a certain size, it was growing outward from the side of my body, so I couldn’t wear a normal top. I had to buy bigger clothes just to hide it really,” said Bev, who also found it painful to sleep on her left side or sit in chairs comfortably. 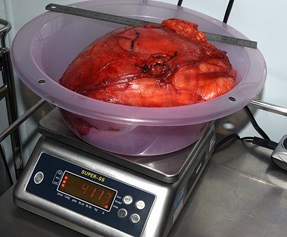 “I would struggle to sit as it was such a big size so I had to sit sideways, and on the sofa downstairs I had cushions all around me as it was just too painful. When I needed to turn in bed, if I turned to the right it felt as it was dragging and then pulling, which was quite painful too.” 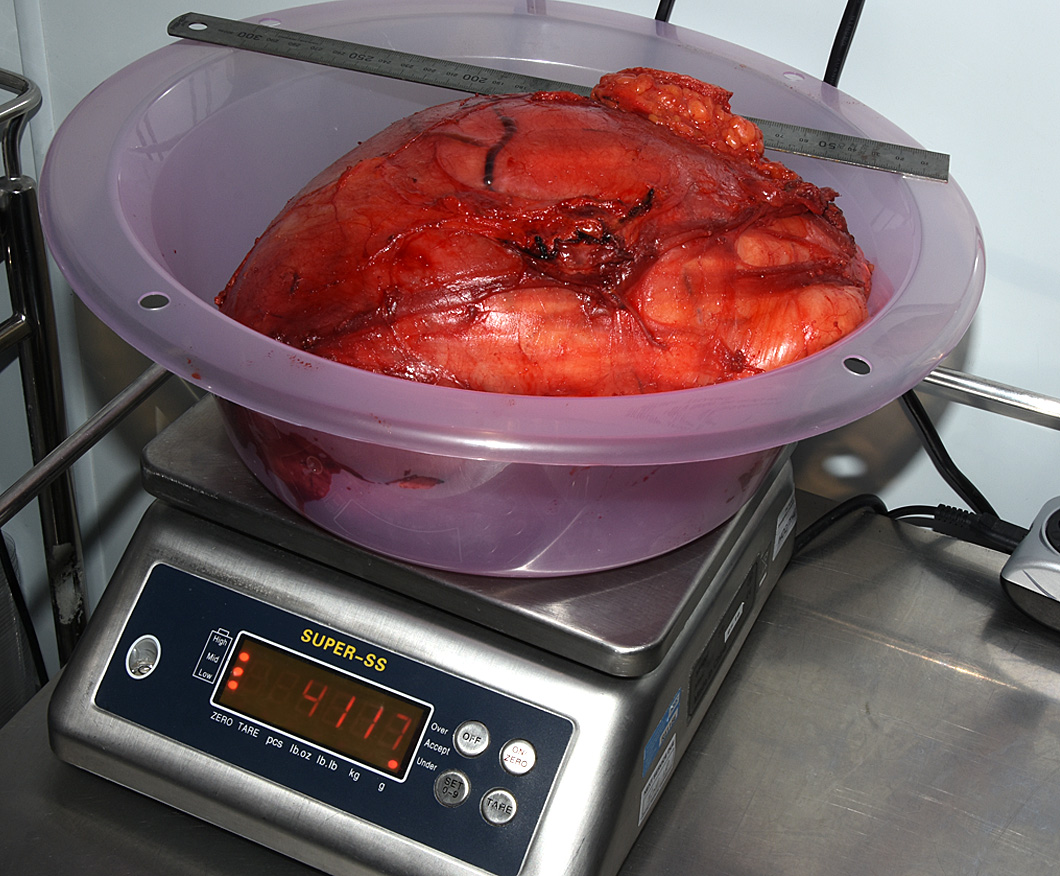 Bev was referred to the Linda McCartney Centre for the operation and was placed under the care of Dr Coonoor Chandrasekar, a consultant at the Royal.

Despite being understandably nervous and frightened about the procedure, Bev spoke of how at ease all of the staff in the centre made her – with one anaesthetist even singing to help calm her.

“I was really scared the morning of the operation; I kept thinking am I going to wake up after this? But I had a brilliant stay and couldn’t ask for anything more – everyone was so nice to me.”

Bev is now having radiotherapy treatment to eradicate any further risk of the sarcoma returning.

“I’ve learnt the hard way, but I am so glad that I did get help eventually and I am very lucky at where the tumour was located and that it wasn’t wrapped around any of my organs. Just get to the doctors and get checked out. Don’t be scared.”

What is a sarcoma?

Sarcomas are uncommon cancers that can affect any part of the body, on the inside or outside, including the muscle, bone, tendons, blood vessels and fatty tissues. There are around 100 different sub-types of sarcoma.

15 people are diagnosed with sarcoma every day in the UK. That’s about 5300 people a year.

Sarcomas commonly affect the arms, legs and trunk. They also appear in the stomach and intestines as well as behind the abdomen (retroperitoneal sarcomas) and the female reproductive system (gynaecological sarcomas).