An amazing patient is giving back as much as she can to thank the staff that cared for her during her time on the Royal’s renal transplant ward. Tara Bashford was just 18 when she was diagnosed with stage 4 kidney disease at the hospital, and received a transplant aged 22 earlier this year in a pooled donation.

Tara has now recovered from her transplant and has become a vocal patient advocate for organ donation and supporting the renal transplant ward here at the Trust.

She learnt about her kidney disease purely by chance when her GP did some tests following extremely high blood pressure during a tonsil removal.

“From nowhere I crash landed into stage 4 kidney disease. Stage 5 is kidney failure. At the time they told me I may need a transplant in the future, which rocked me,” said Tara, who following the diagnosis continued to go about her life and went to university.

"I was two thirds of the way through my degree when I came back to the Royal and they found I had just 6% function in my kidney. I probably wouldn’t have known until I dropped dead one day."

Following the rapid decline in Tara’s kidney health, a transplant was the best option she had at regaining a normal life. An initial transplant was lined up with her dad, but unfortunately it didn’t work out and the donated kidney needed to be removed.

“I went into the hospital full of hope that I’d leave with a kidney and I had to have it removed again a day later. That’s when I started on dialysis. I did it for a year and a half - half of that for five days a week at the Royal. Then I got the news; I had a match in the paired/pool.” 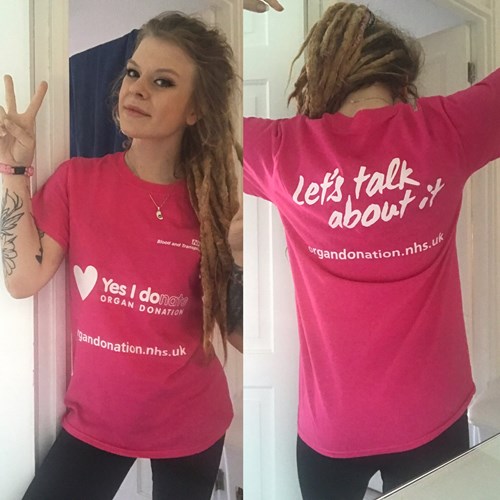 Paired or pooled donation is when you are in need of a kidney and have someone close to you who is willing to donate, but you are incompatible with each other - it may be possible for you to be matched with another donor and recipient pair in the same situation and for the donor kidneys to be ‘exchanged’ or ‘swapped’.

However because the nature of transplants can be uncertain, Tara didn’t tell anyone about her match and tried to keep a level head in case it failed again:

"It was hard seeing your friends leave home, buy a car and have kids when all the while I’m here five days a week hooked up to a machine."

In January 2019 Tara’s kidney transplant took place. It was only at 2am the day before the surgery that it was confirmed it would finally happen, and even going down to theatre Tara was telling herself it still wasn’t going to happen.

“I kept thinking, ‘something’s going to go wrong’. But here I am. Although kidney disease is a terrible thing, it focuses you on what is important in life. You only get one life and it’s a shame that it takes something this traumatic to make you realise that life is too short to be miserable. I feel lucky that my eyes have been opened to the reality that I need to live my life as much as I possibly can.”

Following her surgery, Tara is recovering well and isn’t missing life dialysing on the transplant renal ward. However, she is now determined to make the lives of those patients who are on dialysis or awaiting a transplant as easy as possible.

"I had chosen to come in to the Royal five days a week instead of dialysing at home because the staff, especially those on 6B, are what carried me through. The whole team cared for me above and beyond. So it’s been really nice to be able to help make a difference on the ward."

Tara, along with fellow patients and staff members, has been fundraising for equipment to make life for dialysis patients on Ward 6B just that little bit more bearable. Money raised will go toward comfy chairs, a TV and improving the ward decor – which is a big plus for patients who can be dialysing for up to six hours a day. 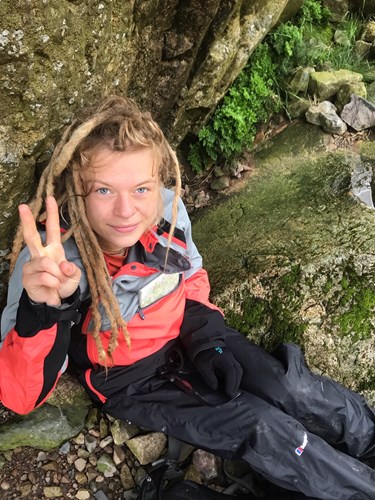 Since her transplant, Tara continues to volunteer for several projects raising awareness around kidney disease and kidney transplants, and has also played a part in forming the Cheshire and Merseyside Kidney Information Network (CaMKIN). A network of patients, family members and clinicians working together, its aim is to share information to improve the health of those living with kidney disease in the region.

"Thanks to my transplant I’ve now been able to start travelling to the places I’ve wanted to see and live the life I’ve wanted to for the last four years. I never thought I would get the transplant so I want to use it well! It is life changing."

There are many amazing stories that come out of transplant and organ donation, such as Tara’s, but many patients are missing out on life saving surgery if they don’t get a match.  It’s really important to share your decision around organ donation with your family, and if you’re not already on the organ donation register, consider signing up today: www.organdonation.nhs.uk/register