News story about the Vikings rugby team helping to raise money for the Royal.

The Royal and the Vikings team up for AAA event

The Royal Liverpool University Hospital and Widnes Vikings are teaming up to invite men aged 65 and over to abdominal aortic aneurysm (AAA) screening at the Select Security Stadium.

An AAA is a swelling of the aorta – the main blood vessel in the body. 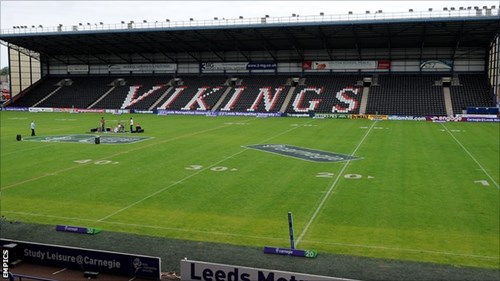 If an aneurysm bursts, it causes huge internal bleeding and 80% of people who suffer a ruptured AAA die before reaching hospital. An AAA is largely symptomless is most common in men aged 65 and over.

Mandy Summers, AAA co-ordinator at the Royal Liverpool University Hospital, said: “People can have an abdominal aortic aneurysm without realising it which is why it’s so important to get yourself checked out. If anyone received an appointment for a screen and didn't attend for whatever reason, they would be very welcome to come along on the day to be screened.

“Men are six times more likely to have an AAA than women and that risk increases the older you get which is why this programme is aimed at men aged 65 and over. The screening involves a quick and painless ultrasound scan which will detect an abdominal aneurysm. You’ll receive your results straight away and a copy is also sent to your GP.” 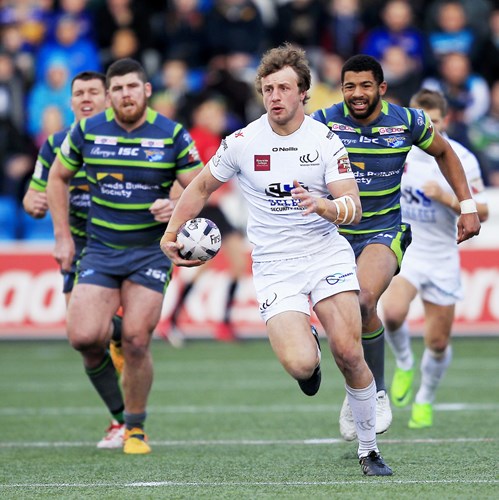 Richard Munson, Community Director at the Vikings, said: ‘We are really pleased to be teaming up with the Royal Liverpool University Hospital to offer the AAA Screening event on 10 January.

“It is well known in Halton the focus we have on supporting older people to lead healthy lifestyles, and this event represents the first of many engagement events at the stadium through our new ‘Health Hub’ which has been developed with the support of Halton Clinical Commissioning Group. To that end, I would like to thank David Merrill for his supporting in raising awareness of AAA and assisting us in teaming up with the Royal.”

Places for the screening event are available on a first come basis by calling 0151 495 2250 (Option 1) or by emailing richardm@widnesvikings.co.uk

If you would like to contact someone about this story, or to find out more information, email our dedicated Communications Team here