Adding to an impressive list of honours, the Royal Liverpool University Hospital’s professor and clinical director of haematology Cheng-Hock Toh has recently been elected as the vice president for the British Society of Haematology. 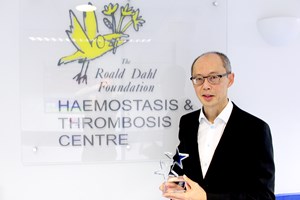 Adding to an impressive list of honours, the Royal Liverpool University Hospital’s professor and clinical director of haematology Cheng-Hock Toh has recently been elected as the vice president for the British Society of Haematology.

Cheng-Hock has been a member of the British Society of Haematology for 25 years and after a vote in January, he was elected as the vice president. He took up the post at the end of March, following the Society’s recent Annual Scientific Meeting, and next year he will become the president.

He will now bring his diverse experiences and broad strategic vision to ensure that the practice of haematology is at the very heart of medicine.

Cheng-Hock said: “Haematology is relevant to almost every discipline and specialty. It is therefore a great honour to be chosen by my peers to lead them as our society's vice president this year and president next year.

“I am extremely humbled to be entrusted with the responsibility of leading and championing the practice of British haematology. Including our own innovative work at the Roald Dahl Centre, there are many examples across the country of how new ways of practising haematology can transform patient care. 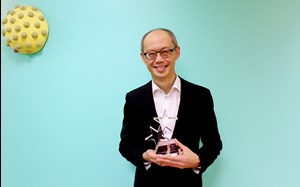 As a professor of haematology, Cheng-Hock has a distinguished career as a clinician, researcher, educator and clinical leader. While at the Royal, in addition to looking after patients and researching disorders that affect blood circulation, professor Toh has made a real difference by establishing the Roald Dahl Haemostasis and Thrombosis Centre which specialises in blood flow and clotting.

Prior to working at the Royal his training included time at Johns Hopkins, the Mayo Clinic and Queen's University, Canada as Ontario Heart & Stroke Research Fellow.

Previously, he has been honoured by the International Society on Thrombosis and Haemostasis as president of its Scientific Meeting in 2012 and also by the European Haematology Association as chair of its Curriculum Committee.