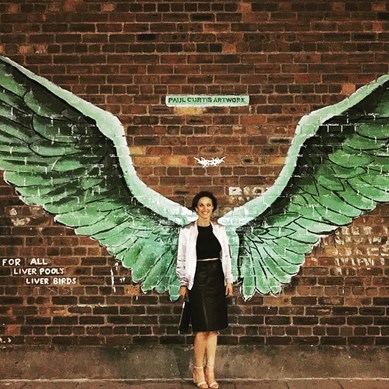 On Sunday 25th March, Victoria Threadgold took on the Liverpool Half Marathon to raise funds for ITU. She doubled her fundraising target reaching an incredible £447. Victoria wanted to thank the intensive care unit for the care she received.

She recalls ‘I owe such a lot to the Royal for looking after me a few years back when I was quite ill. I spent a total of 53 days in the hospital & the majority of that was in intensive care. This is just my way of saying Thank You’.

Before her illness Victoria was always a runner, but she doubted that she’d be able to do it again. She began running again with her daughter who runs with the Liverpool Harriers cross country group, gradually becoming more and more confident. Her trainers encouraged her to take on 10k runs to work up to the half marathon. ‘We increased our training just after Christmas and as the weeks have gone on we have been increasing our miles up to the big day on Sunday. It's been hard as I haven't ran a half marathon in over 12 years but I keep reminding myself where I was 3 years ago and use that to keep me going’.

After running twelve miles with friends Brenda, Milli and Joanne, Victoria ran the last mile with her daughter, completing the run in 2 hours and 9 minutes, ‘it went really well, I was so nervous but I thoroughly enjoyed it’.

‘It was really special to raise money for the Royal, doing 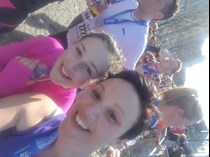 something I didn't think I'd ever be able to do again when I was in intensive care, was just brilliant.

‘I'll never be able to say thanks enough to the hospital and especially the doctors and nurses in ITU who never gave up on me, this is just a small way I can repay them.

‘It was my absolute pleasure to do it and run for the hospital’.