We only have to look at the history of St Paul’s to see the incredible contribution that has been made for our patients by staff members over nearly 150 years. This blog has been written to highlight and celebrate one such outstanding contribution - the 42 years of dedication by Dr Deborah Broadbent. Deborah’s work has not only benefitted St Paul’s patients; her achievements have also impacted on patients around the world.

Deborah was born in Lancashire but came to Liverpool to do her medical degree, and, like so many other students, has never left. As a 12 year old, Deborah had made the decision to become a doctor and that is all she wanted to be.

When Deborah’s parents drove her to Liverpool for the start of university, 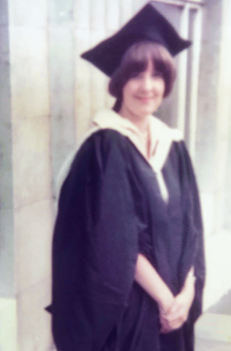 Deborah saw St John’s Beacon, home of The Tower Restaurant, as it was then, and said, “If I qualify that is where I want to go and have my qualification dinner – and that’s what we did years later.” 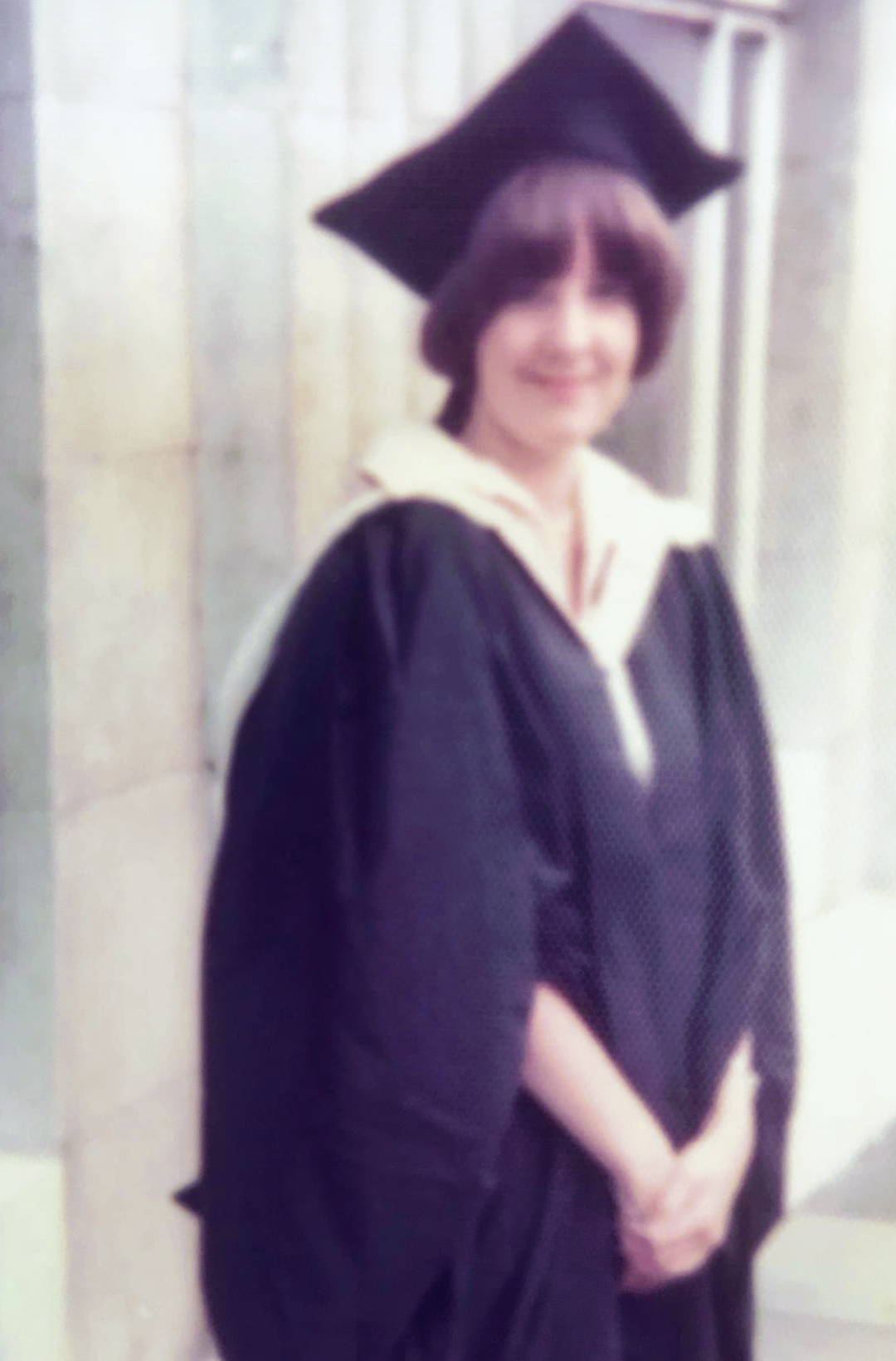 surgeon; however, she was torn between obstetrics and gynecology and ophthalmology, so spent the next two years on placements in both specialties as a House Officer. It was a registrar that she worked with at the time, Jim Travers, that convinced her that her career should be in ophthalmology and so she applied to St Paul’s. 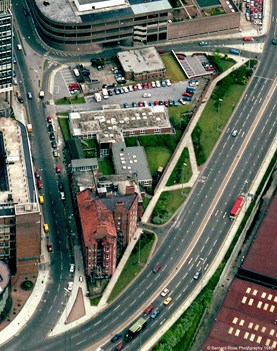 “The interviewees consisted of older men in suits sat in a row with their briefcases next to them”, Deborah recalled. “I was acutely aware I was the first female surgeon they had interviewed at St Paul’s. Surgery was a very male dominated specialty back then as it was thought that having babies would get in the way of surgical training! Midway through the interview, Sidney Davidson (consultant ophthalmologist) mentioned that there were four on-call rooms but only one with an on-suite and asked if that room would be suitable. I was unsure if I was still being interviewed or if I had been offered the job. I soon came to learn later that not only was Sidney a kind, caring gentleman, he was also a mentor to trainees and must have been thinking carefully about the practicalities of having a young woman doctor amongst them.” 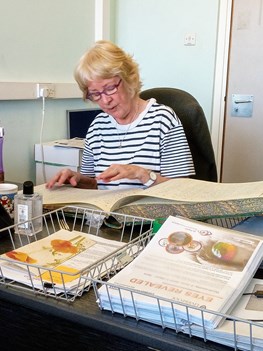 Alan Patterson. Recently, the old hand-written theatre list ledger from 1978 was revealed to Deborah where she discovered her first unassisted operation was the removal of skinfolds on the 20th September 1978. Seeing an entry on the 2nd October 1978 for the removal of a foreign object from the eye Deborah recalled using the magnet they used back then to remove metal foreign objects that had lodged in the eye. Deborah hadn’t considered the strength of the magnet and as soon as she switched on the power, the magnet shot across to the chair where it stuck firmly – much to the shock of Deborah and the amusement of the other theatre staff.

Deborah had trained in a number of specialties over her career in St Paul’s – squints with Mr Trimble and Mr Patterson, vitreo retinal with Professor Wong and cornea with Mr Patterson. Deborah carried out peripheral iridectomy operations with Mr Mapstone. Back then, this involved the use of a brush to push back the iris. Deborah was such a dab hand at these that Mr Mapstone nicknamed her the “PI Queen”. Mr Mapstone was not the only person to call Deborah 'Queen' – it was, and still is with the older generation, a common term of endearment for Liverpool men to call women 'Queen'. “I’ve never minded being called Queen. Patients have always been very much a part of the St Paul’s fabric and it’s good they have a sense of familiarity”, Deborah explained.

Whilst Deborah was working with Mr Patterson and the corneal team, 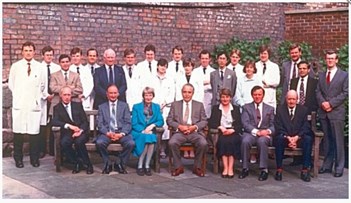 she remembers a group of patients that all had the same very rare sight disorder but were not knowingly related. A later genetic study showed they were all related back to an old sea captain a hundred years before. One of the families affected were so grateful for the support and care they received that they established a charity shop in Birkenhead collecting and selling items to raise funds for St Paul’s. Deborah would often visit them and be presented with a cheque for the money raised for the corneal charity.

The two areas that Deborah was least interested in were diabetes and the back of the eye. “At medical school diabetic comas scared me; of course, medicine has developed so much since those days.” Those two areas were later to become the specialties that Deborah would make an international name for herself.

The Matriarch of St Paul’s

Being the only female surgeon, and therefore seen as possibly the most organised amongst her male colleagues – and probably correctly, Deborah earned the title of “Matriarch of St Paul’s” and with this title came the responsibility to organise various special events, such as the Christmas party. “On the last Friday before Christmas, I was given the afternoon off to go shopping for food paid for by all the doctors for a party for all the staff in St Paul’s. I would then prepare the food when I got back for the party later in the evening. These were fun occasions. Everyone in St Paul’s was important; there was a great sense of family.”

Deborah was also appointed to the position of treasurer of the general pot that was used for parties, refreshments and even to buy presents for people leaving. It was her responsibility to go around the consultants to ask for £20 when the funds needed replenishing.

Latterly she has been the quiz master for the Christmas Quiz – The St Paul’s Eye Cup – and also hosted “Who wants to be a Consultant”, the “Weakest Link” as Anne Robinson and “A question of ophthalmology” including “guess / feel the celebrity, Paul Knox!” 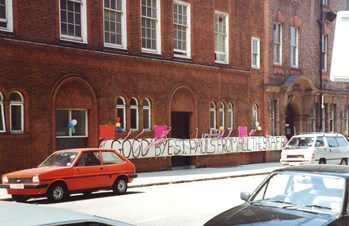 Liverpool University Hospital was a contentious decision at the time. “At the time I didn’t want to move. Like others we had a huge sense of responsibility to the hospital and what it stood for. Some of the consultants decided to take the opportunity to go and work in Aintree and it felt like the move was splitting the family”, explained Deborah. “Looking back it was the right decision. For example, if a patient needed an X-ray they were sent in an ambulance to another hospital and this wasn’t good for the patient. On one occasion a patient arrested in the operating theatre and the anesthetist and I had to travel with the patient in the back of the ambulance a couple of hundred metres across the road to the Northern Hospital. Imagine that being acceptable now!”

Ultimately, the move was the right one as the next chapter in Deborah’s career was to prove.

In 1991 the Liverpool Diabetes Eye Study (LDES) was established and Deborah was appointed to four research sessions. The aim of the LDES was to study the “epidemiology and feasibility of implementation of systematic photographic screening for diabetic retinopathy”, and from the study a screening service developed.

In 1991 screening was (rather optimistically) offered to all GP practices in the then Liverpool Health Authority (LHA). Only 21% GP practices took up the offer, and an investigation showed that this was not due to apathy, but due to the fact that the GPs did not at that time have chronic disease registers and literally didn't know who their patients with diabetes were.  Before computers and paperless records, patient records were kept in a small brown wallet with hand written notes and these brown wallets where kept in a filing cabinet that the GP would pull out when the patient was sat in front of them.

As a result of this issue, the first project undertaken by the LDES was the infamous dipstick study. In a single Liverpool practice notes and prescriptions were trawled through by Deborah and the team to identify people with known or suspected diabetes, and urine dipsticks were sent to all patients between the ages of 40 and 64 in an attempt to identify patients. The patient was asked to tick a box if there was a colour change on the dipstick; however, despite instructions to the contrary, quite a number of patients returned the used dipsticks themselves! Deborah remembers all too well the scream of horror from the Data Manager, Yvonne, as the urine dipsticks began to be returned. “We quickly learnt to open the envelopes with much more care!” recalls Deborah. 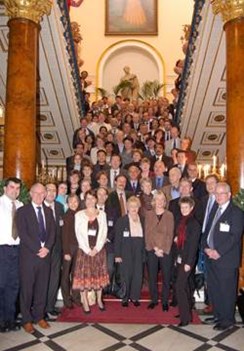 November 2005, a two-day international conference was held in Liverpool discussing issues surrounding the effect diabetes has on vision and ways to treat and diagnose the condition in its early stages. Over 200 experts, including national representatives from 30 European countries, gathered for the conference organised by St Paul's Eye Unit. During this conference the Liverpool Declaration was agreed. Liverpool was invited to host the conference by Professor Eva Kohner in recognition of the Unit's ambitious screening programme.

Deborah worked as the Workforce, Training and Education Lead for the National Screening Programme in England for many years – developing the suite of qualifications for screener / graders and Crystal marked patient information leaflets. Even today, The National Screening Programme for Diabetic Retinopathy Screening uses the models of provision that St Paul's developed as a Centre of Excellence, and the St Paul’s model is also replicated in over 40 countries around the world. 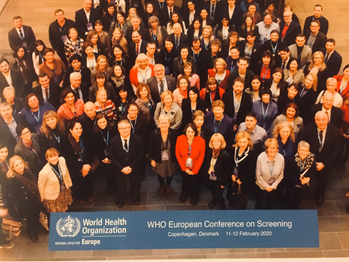 (WHO) European Conference on Screening to offer advice and expertise on how to set up diabetic eye screening around the world to reduce blindness. Deborah delivered two talks on the evidence for screening and components of a systematic programme for diabetic retinopathy and the progress in Europe since the WHO and International Diabetes Federation's St Vincent Declaration in 1989 leading to the Liverpool Declaration in 2005 and 4 European follow-up meetings.

We put to Deborah the question, “What is your greatest achievement?” 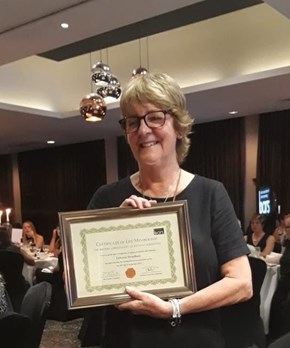 and she quickly replied, “My children!” Deborah went on to elaborate, “If I am asked what the best part of being a doctor in St Paul’s is, I would say the people I have worked with, both patients and colleagues. It is them that made the job what it is. They have provided me with so many fond memories and life lessons. My colleagues believed in me and supported me to achieve and I will never forget that! I feel blessed to have had this opportunity and I would like to thank them all.”

We asked Deborah, “What advice would you give to the next generation of doctors?” “Never stop learning!” she replied.

“Mr Patterson worked from 1958 until retired in 2000 and after every cornea clinic a 30 minute teaching session would be held. A member of the team would give a presentation on a selected topic that was followed by questions and answers. Even after his last cornea clinic in St Paul’s, there was a teaching session and he was still learning up to the very minute he left. I totally admired that and hope I have done the same.”

Have a long and happy retirement, ‘Queen’; you have very much deserved it.