Last month we shared an article on a former St Paul's consultant, 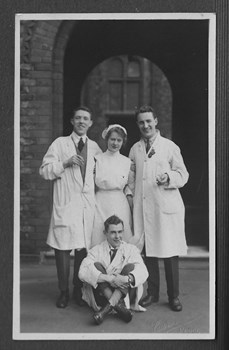 Andrew McKie Reid, as part of our historical reminiscing. As they say a bit of nostalgia is good for us because when we reminisce, life feels more meaningful and helps us feel better about the present and more hopeful about our future, not to mention the psychological effects that arises especially from the wealth of knowledge gained.

This was certainly the case when, after a bit of detective work,,we tracked Mr McKie's Reid's granddaughter, Sarah and grandson, Julian. Sarah expressed their pride of their Grandfather's work at St Paul's and their admiration for the continued service it provides for our patients. Julian has many papers and photographs relating to the 1st WW which he is working through to piece together Mr McKie Reid's remarkable life. Julian is an historian and 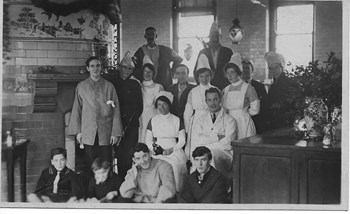 archaeologist and his naturally inquisitive mind and our search to uncover the past resulted in a flurry of emails, attachments and observations.

Julian wrote an article originally published in the Western Front Association Bulletin 110 (March 2018), but has reworded it specifically for St Paul's and focuses on the medical side of Mr McKie Reid's time during the 1st WW.

We would like to thank Sarah and Julian for sharing their stories, information and pictures.

A tribute to a remarkable grandfather

"In 1914 my maternal grandfather, Andrew McKie Reid, was a medical 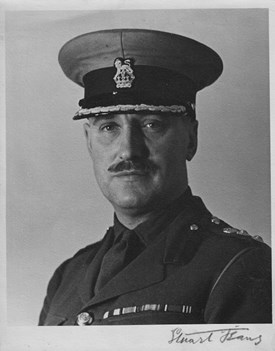 student but he was commissioned into the King’s Liverpool Regiment, later transferring to the newly formed Machine Gun Corps in November 1915. In June 1916 the 123rd MGC Company, his unit, crossed over from training camps in the UK to partake in the war.  I asked him about the 1st World War when I was a boy and wished I had remembered all he said. The discovery of his letters, documents, maps and photographs provided some compensation for this amnesia but more importantly represented an historical goldmine that I could not ignore. As such, I have spent much of my spare time trying to write a history of my grandfather, and his unit, in the Great War – a subject much more modern than most of my work!

The greatest insight is within the letters he wrote back from the trenches, though as they were mostly to his parents, they do not dwell on the horror of war and the ever present threat of death. Nevertheless, they contain many fascinating details and clearly reveal a concern for his men – a sharp contrast to the popular image of the ‘officer class’. Perhaps the most poignant example is contained in a letter of 2nd July 1916 which is very much a ‘human interest story’ that tells how he helped to save the eyesight of a fellow soldier.

"Sat. night thank goodness, was emphatically quiet just a few shells. An infantryman in the next bay to where I was firing one of my guns, got a bit of shrapnel in the eye. I heard it passed down the line when they were calling for stretcher bearers. They had taken him into a dugout & put his field dressing on when I wandered along.

"Fortunately I had a wee case of instruments handy containing amongst other things a probe / syringe, an eye 'spud', also some cocaine & atropine eye discs, and in a wee dugout only 3 ft high but concrete, by the light of two inches of wax candle held on the man’s forehead & spluttering grease over his face & with the continual dull vibration of shell after shell, just audible thro' the thick concrete & sandbags, I managed to get the piece out. It was well embedded & if it hadn’t been got out would have prob caused iritis or worse. I shoved some atropine in after to dilate, & keep dilated, the pupil. Course I used cocaine as anaesthetic. I was jolly glad of the opportunity of doing a bit of sawboning again & after all it prob. saved the man's eye (rt eye too)."

Earlier in this long letter he had mentioned that his machine gun section was supporting ‘a N-country battalion of infantry’. Looking up the composition of the 123rd Infantry Brigade it was easy to identify the unit as the 20th Battalion of the Durham Light Infantry (DLI) – the other three battalions were all from southern regiments.

Grandfather did not note the man’s name and there was no mention of the incident in the 20/DLI ‘War Diary’.  After the war, the War Office destroyed most medical records but by chance the 2% that were kept as a sample included those of the 41st Division – which the 123rd Bde was part of. I wrote to DLI historian John Sheen who told me that there was indeed an infantryman from the 20th Battalion who had an eye injury in July 1916. Miraculously, we had found our man.

20/781 Private Thomas Donaldson was a 31 year old paper maker from South Hylton in Sunderland. His medical and pension papers survived the blitz which destroyed so many 1st WW servicemen’s records. Here, they note that a piece of metal struck Donaldson’s right eye but ‘had been removed’ in the field.  The records tell us that he was sent to a Casualty Clearing Station and then evacuated back to Britain for further treatment. He survived the war albeit with bouts of giddiness and double vision but there the records stop.

I would love to know more about Thomas Donaldson. Did he have a family? Did he tell them about an unnamed MGC subaltern who extracted the shell splinter from his eye? This also begs the question of whether Grandfather knew what happened to Donaldson, that his sight was indeed saved?

The war went on and the 123rd Company fought its way across most of the battlefields of the western front. In August 1916 Grandfather lost his younger brother John (also a subaltern in the King’s) at High Wood on the Somme. In September the 123rd finally joined the battle of the Somme where at Flers – most famous for the first use of tanks - he was awarded the Military Cross for leading the repulse of a German counter attack.  In July 1917 they were in the thick of the Battle of Messines. In November 1917 they were amongst a large body of British troops sent to support the Italian front, only to return to the Somme just in time to meet the great German offensive of March 1918.  Like thousands of others, Grandfather was badly wounded and captured. His youngest brother was wounded at the same time about 20 miles away. After repatriation and recuperation Grandfather resumed his medical studies and eventually became a distinguished eye surgeon. After the war he met and married my grandmother – the service being conducted by his lifelong friend Rev ‘Tubby’ Clayton. In the 1930s he was the CO of the Liverpool University OTC and during the 2nd WW he served as a Colonel in the Royal Army Medical Corps.

I can find the military details in our National Archives and in other libraries but the personal level is difficult to uncover.  There are many other men who crept into the letters; their paths crossed 100 years ago and – perhaps beginning with Thomas Donaldson – I’d like to bring them together again."

Click on the pictures below to expand them. A short description is given on the bottom left.

Mr McKie-Reid sat in the centre 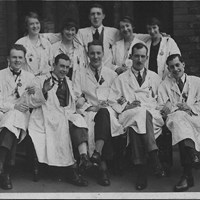 Christmas in ward 1, RLI. Mr McKie Reid on the left 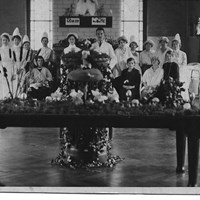 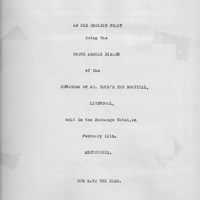 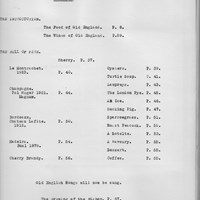 Signatures of those that attended 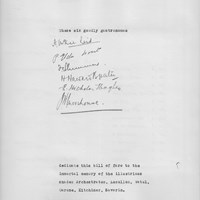 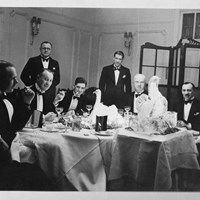 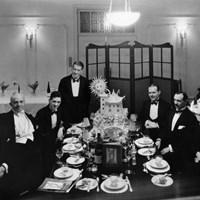 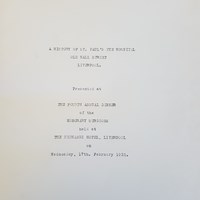 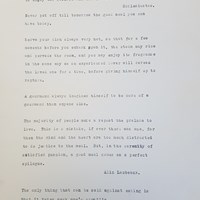 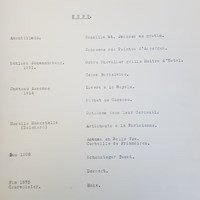 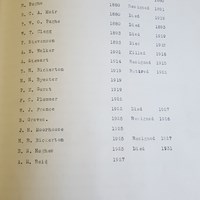 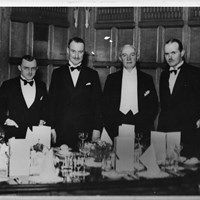 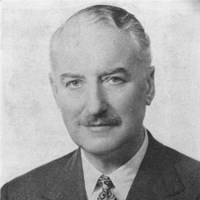