Aniridia is a rare but severe developmental and degenerative eye disease, resulting from defects in a gene called PAX6. This gene is vital to the development of the eye and other tissues.

Wednesday 21st June is the first international Aniridia Day. Most people won’t have heard of aniridia as it is quite a rare condition, but children who are born with it often face a lifetime of poor vision and sometimes blindness. 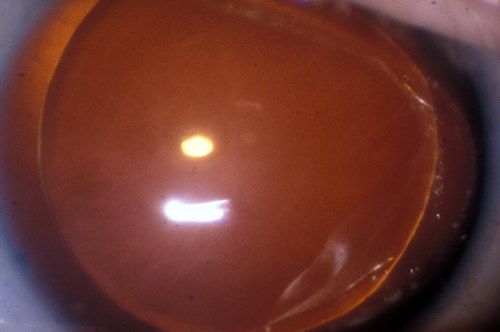 Aniridia is a rare but severe developmental and degenerative eye disease, resulting from defects in a gene called PAX6. This gene is vital to the development of the eye and other tissues. Most people with aniridia have all or part of their irises missing, which is what gives the condition its name, and many other parts of their eye, such as the optic nerve and macular/fovea, are underdeveloped. As children with aniridia reach their teenage years they often develop progressive corneal failure and scarring.

Most people with aniridia have some loss of vision, however treatment options are limited. Conventional medical therapies treat rather than cure the patient’s corneal problems, and surgery isn’t effective in the long-term.

Staff and students working between St Paul’s and the Department of Eye & Vision Science at the University of Liverpool are trying to develop a gene-based therapy for aniridia. The multidisciplinary team, including Prof Colin Willoughby, Dr Kevin Hamill and PhD student, Thanos Papadimitropoulos, in collaboration with Dr Sajjad Ahmad (Institute of Ophthalmology UCL), are looking at the PAX6 gene and how to increase its expression level.

Their aim is to adjust the activity of specific, small non-coding RNAs called microRNAs (miRNAs) which regulate protein levels. They are working to develop a novel, preventative or disease-modifying miRNA-based treatment for aniridia patients (MiRAN) with early corneal pathology. It is intended that the treatment will involve a simple eye drop which the patient can administer themselves. This has the real potential to prevent progressive corneal blindness.

Professor Colin Willoughby will be presenting a paper on our early data at the SICSSO conference later this week. We’ll link to a video of his presentation as soon as we have it.

For more on aniridia visit the Aniridia Network UK site.