St Paul’s Eye Hospital was established in 1871 to treat the poor of Liverpool, a 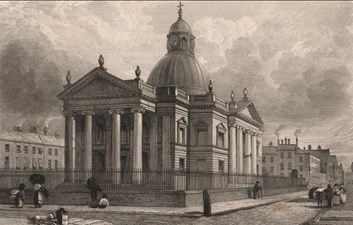 fact that we often put out there without giving it much more thought as to why.  What was the motivation of our Founder, George Edward Walker, to establish St Paul’s and why was it located where it was?  Whilst trawling through the St Paul’s archives in our fabulous Central Library the reason became clear; and it still resonates to this very day.

To better understand the need for St Paul’s we must first look at Liverpool during this time. Victorian Liverpool was a rich and vibrant place with its growing ports, increasing population and increasing wealth. The wealth created during this period can still be seen today through many magnificent buildings, such as the Albert Dock, The Liverpool Museum, Britain’s first public art gallery, The Walker Art Gallery, the world’s largest train station at the time, Lime Street and, facing it, the neoclassical St George’s Hall.  During this time Liverpool became known as the second most important city in the world after London.

Hidden behind all of these grand buildings was the darker side of Victorian life. For many it was an era of immense poverty and hardship. Children were required to work from a very early age to support the family income.  A report in 1842 showed that the average age of death for a labourer in Liverpool was just 15 years old. The average of death in Britain in 1871 was 41 years old, so it is easy to imagine that for those living in Liverpool it could easily have been many years younger.

With no national security system to protect people against the worst effects of sickness and unemployment, if the family didn’t work they didn’t eat.  The Poor Law of 1834 only provided two types of help; Indoor Relief, whereby people were sent to the much feared workhouse and Outdoor Relief, food and money given to those at home, but this support carried a great social stigma.

Those off work due to illness or injury would not be paid and had the added costs of medical consultation and treatment to contend with.

Prior to 1871, Liverpool only had one hospital decided on the treatment of eyes, or as they were back then eye and ear hospitals.  This was located in the southern part of Liverpool at Mount Pleasant. Due to their services being in much demand they had to stop new patients being seen.

Following a meeting on the 24th June 1872, 10 months after St Paul’s was established, two newspaper articles give some insight into the motivations of the need of the St Paul’s.

At the meeting, Mr Walker had made reference to its “necessity among the poorer 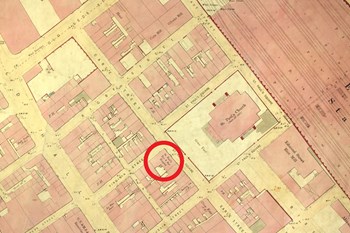 population in the northern division of the town”. The organiser of the meeting, Mr McQuie, had said that when visiting the hospital “he had found sometimes as many as thirty parents there with their children, very glad, by their own statements, to be relieved from the trouble of toiling up to Mount Pleasant”, a walk of approximately 30 minutes. Mr McQuie also noted that “Unless you brought such institutions home to their doors, people of the poorer class were apt to neglect the earlier symptoms of disease of the eye and ear in themselves and their children until affections became almost incurable.” 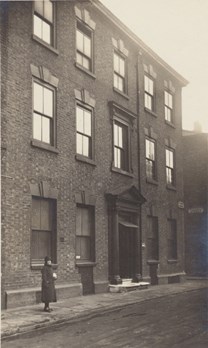 Oates, in 1893, reported that “the district in which the hospital is situated is an exceptionally poor one and was chosen as the best that could be obtained for quietness.”  Mr Walker in his report to the committee for 1872-73 wrote “St Paul’s Eye and Ear Hospital is situated in close proximity to most of the large workshops of Liverpool, Bootle and Birkenhead and from which very many important cases have come.” He recalled there had been many cases of disease due to injury. In addition he explained “close proximity to the docks it has been good for many seafaring men.”

However, the location did bring with it a problem that could have closed the hospital many times. Unfortunately, as it was hidden in the depths of an impoverished area and lacked the prominence other hospitals in more affluent areas were afforded; it's location affected its ability to raise sufficient funds.  The hospital had become a charity in 1872 when it was proven there was a need for a hospital that provided services free at the point of need for those that couldn’t afford to pay.  However, thankfully, Dr Walker and the committee were mindful that ‘patient need’ was paramount.

It soon became apparent there was need of the hospital’s services for visitors from outside Liverpool as Mr Walker reported, “A very large number have come from Wales, which principality, as far as I know, does not contain a hospital wherein special attention is given to those diseases for the treatment of which your Institution has been founded.” 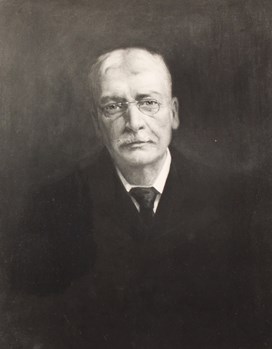 hospital. In 1872-73 the number had risen to 1092 new cases and 4751 total attendances.  This is a quite a considerable number of patients considering that both Mr Walker and his assistant surgeon, Mr Pughe, only attended the hospital on Wednesday and Saturday afternoon’s. Mr Walker reported at the time, “I believe these numbers would have been largely increased had the day of attendance of the staff had been more frequent.”  It was decided that Mr JH Pughe would also see patients on Monday’s and the recently appointed Registrar, Mr R Pughe would work full time. As history shows this didn’t solve the problem as number of patients continued to grow at a rapid rate. 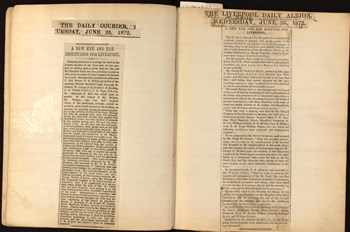 1907. The report entitled, Preventable Blindness in Children, investigated “causes of blindness of the inmates of the Children’s Blind School at Wavertree.”  The report highlighted a large number of cases of cataract and short-sighted pupils.  This was due to the procedure of the Education Authority sending children who were not blind but “have eyes unable to stand the strain of sighted education to be taught at school.” 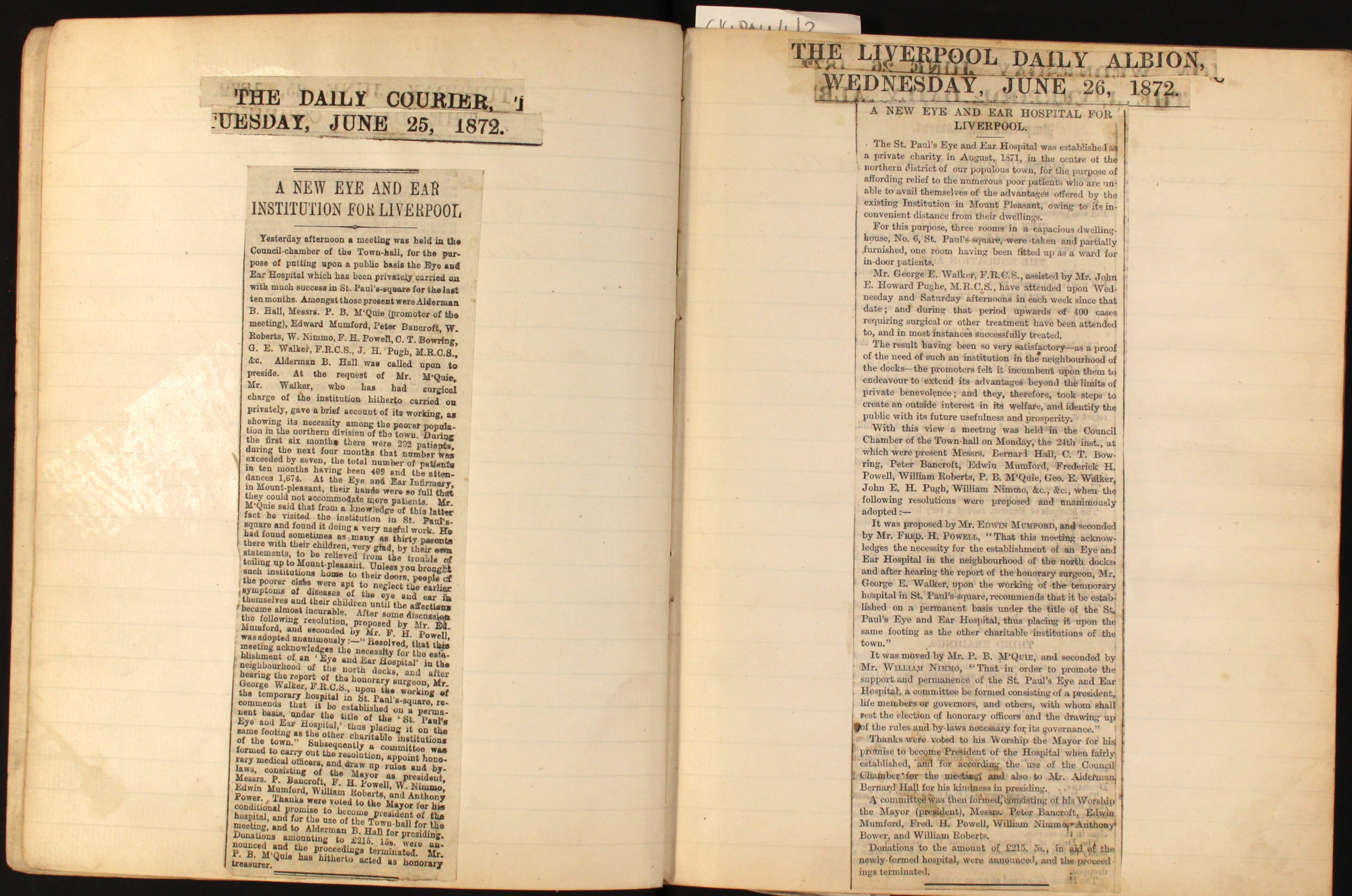 When these cases were excluded they found 80% to 90% of the pupils were there because of preventable eye disease, “if they had been given skilled treatment early enough and for long enough period” they wouldn’t have needed to be at the school.

However, in Liverpool at that time, there was only 20 to 25 beds allocated to children with eye disease and less than a quarter of the most serious cases could be admitted to hospital.  This meant that children were discharged before “being thoroughly cured, to make room for others more urgent.  Soon, they are brought back as bad as before, and so the weary round goes on, each attack leaving the child’s eyes more damaged, until too often it ends at the Blind School.”

The report was the case put forward for the rebuilding of a larger, purpose built St Paul’s Hospital to increase accommodation for these cases from 9 to 25 beds.

The accounts of St Paul’s show the challenges the hospital has encountered from its early days of contending with limited healthcare provision, the financial struggles of running the charitable hospital prior to the formation of the NHS and the steps taken to develop and embrace medical, surgical and technological advances over the last 150 years; however, the one consistent trait within the hospital’s fabric that resonates from generation to generation is its staffs’ passion, dedication and determination to help those affected by sight-loss. This trait is the reason why St Paul’s has grown from its humble beginnings to be an international centre of excellence for the management and treatment of eye disease combined with ground-breaking research and forward thinking.

Thank you to Roger Hull at Central Library for his assistance and to @Liverpool1207 for the fabulous picture of St Paul's Church with No 6 St Paul's Square in the background.

St Paul's Church with Number 6 in the background 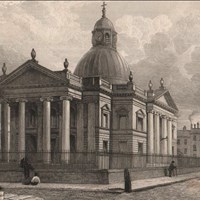 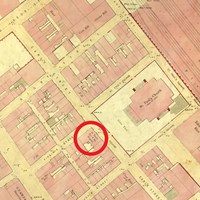 Newspaper articles reporting on the meeting in 1872 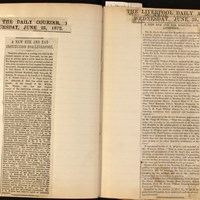