It has been said that the educated do not share a common body of information, but a common state of mind. Following on from our previous article, Like Father, Like Son, we want to pay tribute to another member of St Paul’s staff that endeavoured to achieve so much for the profession of ophthalmology and for those affected by sight loss, despite his training being interrupted during two World Wars. 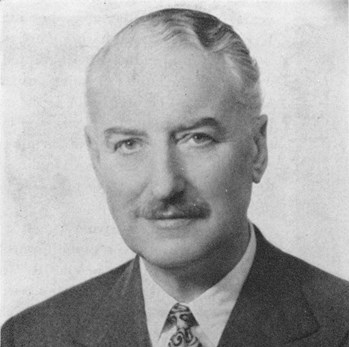 Liverpool University in I9II, and was introduced to ophthalmology by Thomas Herbert Bickerton - a St Paul’s Eye Hospital consultant from 1919 to 1922 and whose son HR Bickerton was also a St Paul’s consultant from 1925 to 1927. In 1914, he interrupted his medical studies to join the King's Liverpool Regiment and he was soon involved in the horrors of the battles of the Somme, Messines Ridge and Passchendaele. Mr McKie Reid was awarded the Military Cross when he wounded in action in an attack with the Machine Gun Corps on the Somme. After a short spell in Italy, he returned to France and was badly wounded in the second battle of the Somme in March I9I8 when taken prisoner in a raid and he was shot in several places at point blank range from his own revolver.

On his return to England, he spent one year in hospital recovering from his injuries. He resumed his medical studies in 1919 and, before qualifying in March 1921 with distinction, had become President of the Medical Students' Society and President of the Guild of Undergraduates. He also re-formed the Officers Training Corps, which he later commanded.

Having worked in Vienna, Paris and London, he took the Diploma in Ophthalmic Medicine and Surgery in 1923 and the Fellow in the Royal College of Surgeons in 1925. Upon his return, Andrew was appointed to the staff of St. Paul's Eye Hospital. His association with this hospital 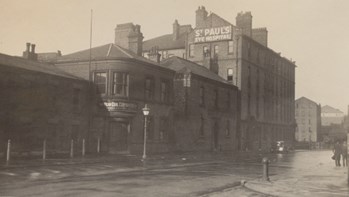 In I938 he formed a Territorial General Hospital which in I939 was mobilized as the 22nd General Hospital R.A.M.C. In April, 1940, he established this 200-bedded hospital on the Lofoten Islands to serve the Norwegian campaigns. It was written of Mr McKie Reid that “Those who served with Andrew McKie Reid during the Narvik campaign will not forget the high example of personal bravery he always showed, an attitude which set the conduct of his juniors later in the war.”

Later, he served in West Africa and India, and returned to the United Kingdom in 1945, only to be met by the sadness of the death of his first wife three weeks later.

He was for some years a Councillor for the City of Liverpool, Chairman of the Health Committee, and Chairman of the Liverpool Philharmonic Society. He was also a member of the Council of the Order of St. John and a prominent Freemason.

After formal retirement in 1959 he continued his private practice and developed his interests in politics and music. He lived his life to the full and said shortly before his death that he had "enjoyed everything" that had ever happened to him.

Mr McKie Reid died suddenly on February I5, 1973, at the age of 79 after seeing patients earlier that day and dictating his letters. It was said he “died looking out to his garden.”

Upon news of his death, a friend of Mr McKie Reid’s wrote under the title "a jolly good companion"- “A truly loyal colleague, he was a friend and wonderful encouragement to many who started their ophthalmic careers in Liverpool, never deviating from his insistence that only the highest professional qualifications should be considered adequate for consultant status in the specialty.”

It’s clear to see today’s St Paul’s Consultant’s and other specialist staff have adopted their determination to give their patients the very best treatment and care possible as it has been passed from generation to generation.