With all the madness that 2020 has brought us it seems fitting that we should end the year with another kind of madness – The St Paul’s Christmas Review.

This time honoured tradition of the Christmas Review dates back many years when junior doctors took this time of year to create a series of sketches that reviewed the year and laid bare the mannerisms and quirks of the Consultant staff and senior managers.   Are there any consequences for such actions, you might ask?  Not at all; all of the consultants consider it an honour to be mentioned.  In fact, Prof Harding once complained when he felt he had got off lightly that year!

As well as mocking the Consultant and management staff, there are other sketches such as songs and quizzes. Some of the more memorable sketches include Professor David Wong playing the role of a short-sighted Kamikaze pilot back in 1992 or when the consultants sing songs much to the enjoyment of the audience; especially at the expense of those that are better at surgery than singing. Another memorable occasion was the year David Roberts, Dispensing Optician and Kobujitsu black belt, demonstrated his Samurai sword skills by cutting various size fruit - starting with a watermelon and working down in size - in half off the stomach of Clinical Director, Mark Batterbury.  Despite David’s best health and safety advice of “Don’t move”, it didn’t allay Mr Batterbury’s fears and he drew the line when one member of the audience, who were by now well into the spirit of this sketch, asked if David could cut a grape in half. Mr Batterbury’s fears were also shared with his colleague, Prof Stephen Kaye, who happened to be treating David at the time for Diplopia (double vision)!  They were probably the only two in the auditorium not laughing!

One of the driving forces in organising the Christmas Review for many years is St Paul’s Business Manager, Jayne Bradley; writer of many scripts and songs.  We caught up with Jayne to discover more about the Review.

“I don’t know when it the first Christmas Review began at St Paul’s but it took place before my time.  It was traditionally run by a senior registrar – and has, in the past, been led by Ian Rennie, Prof Harding, Anker Raj and Brendan Moriarty.

“The scripts are produced by the medics themselves and other contributions from anybody who wants to take part.  In all the years I have been involved I have only ever known one consultant to be offended.

“When we were at Old Hall Street, the revue took place in the Out-patients Department and the last ever one performed there was held in the summer time on ward 1B which had been emptied for the move to the Royal in 1992.  We now hire 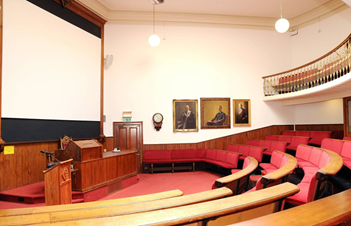 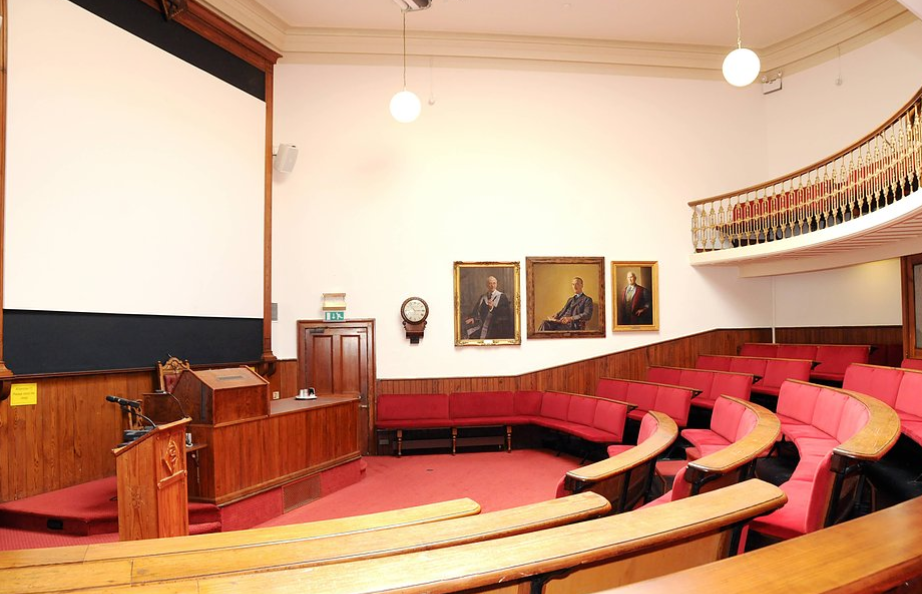 the Medical Institute, which has become home of the Review – although this year it is on Zoom. However, we have even written a song about people and meetings on Zoom.”

“The review is always opened by the St Paul's Prayer, written by the cast which outlines the year’s shenanigans, both in the world and within St Paul’s.  This year’s prayer could be quite lengthy!

“Following the sad passing of Jim McGalliard in 2003, an award was created in his name and the winner of the best sketch/performance receives the award. The award is presented by the Clinical Director at the end of the show and the judging panel usually consists of former and current St Paul’s staff.  It’s always a poignant reminder as Jim himself had been drafted into a hilarious sketch without prior knowledge and a week later he died at the end of a clinic. Jim was a very popular colleague and his passing was felt by the entire team.

“For the last ten years at least, I’ve been like a sheepdog, booking the venue, paying the bills, getting everybody to rehearsals and coordinating on the day.  Prior to his leaving St Paul’s, Martin Hodson was always very supportive on the technical side.

“With everything going on this year, I had thought that this year’s Christmas Review would have to be cancelled, but you know what thought did!! In fact, I think if there’s ever been a year that NHS staff needed a good laugh it has to be 2020!”

The St Paul's Christmas Review takes place today (23rd December) and staff can watch it by clicking the link that was sent.