​Living and working in the area

Information about living and working in the Liverpool area. 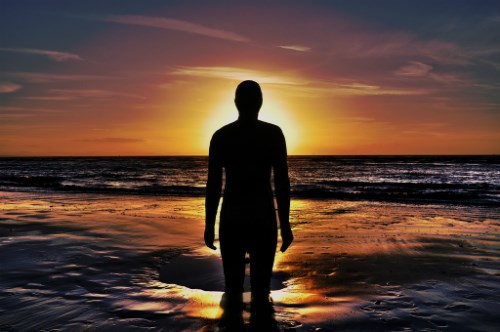 There has never been a better time to consider living and working in the North West. With opportunity and variety on your doorstep, the North West has a mix of highly populated cities and historical towns surrounded by large areas of natural beauty and rambling countryside. The region boasts a wonderful stretch of unspoilt coastline and Ainsdale beach, near Southport, has been listed as one of the top 10 beaches in the UK
.
The government recently invested £2 billion in the city, and the city now boasts Europe's fastest-growing regional airport and has a growing reputation as the UK 's film capital, with brand-new studios and a £40 million development fund. The £750 million Paradise Street project is one of Europe's biggest city centre regeneration schemes, while Liverpool 's stunning waterfront is a World Heritage site.

East Cheshire has one of the highest standards of living in the country. Here, many professionals can take advantage of the easy access to Liverpool, Manchester and the Midlands. Similarly in West Cheshire, the historic city of Chester has an English charm similar to that of Oxford and Cambridge. The cathedral, with its Gothic architecture and intricate carvings, is simply stunning, and no visit to the city is complete without a trip to the ancient Roman City of Deva, buried beneath the streets.

The area to the east of Liverpool, towards Warrington, provides excellent, cost-effective housing and good motorway links to other parts of the country, including the beautiful Lake District and Yorkshire Dales. Across the River Mersey, lies the Wirral, an area of green open spaces, lovely small villages and suburban towns. The Wirral also has great road and travel links to the beautiful countryside and historic towns of North Wales.

More about living in the area 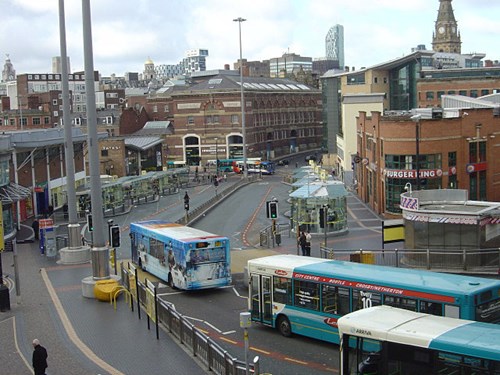 There is an excellent rail service which provides one of the most frequent commuter services outside London. The Northern Line connects Liverpool with Ormskirk, Kirkby, Southport and Hunts Cross, while the Wirral Line links Liverpool with West Kirby, Ellesmere Port, New Brighton and Chester. 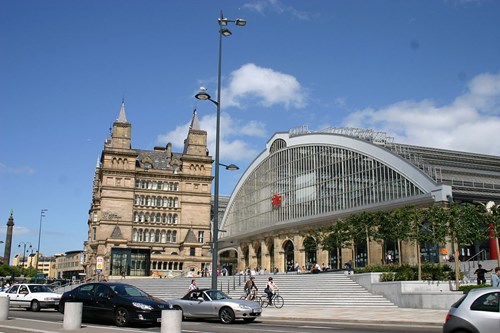 The region has a good motorway network with easy access to a number of major roads including the M62, M57 and M6. Access to the Wirral is provided via the Birkenhead and Wallasey tunnels with the latter linking to the M53 providing access to Chester and North Wales .
Additional information regarding public transport, including routes and timetables, can be found on the Merseytravel web site www.merseytravel.gov.uk/ or you can phone the Traveline on 0870 608 2608. Other useful sites include:

Liverpool is investing more than £3bn over the next decade in the renewal of its infrastructure and the regeneration of its community. 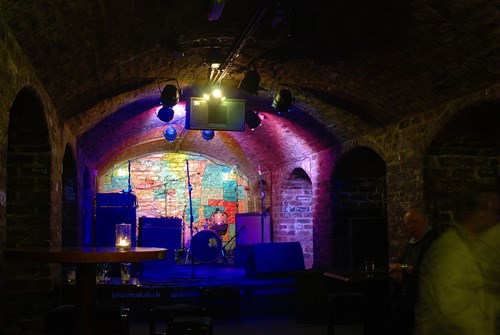 Merseyside has been a hive of activity for almost 800 years and it’s showing no signs of slowing down. Each year brings new events to the city along with old favourites. From International Beatles Week to the Mersey River Festival there are some great days out for the family.
Eating and drinking

There is an extensive choice open to those looking for a night out in Liverpool. From traditional pubs, to modern bars, restaurants and café bars offering formal and informal dining options, there is a wide variety available to suit all tastes and pockets. In addition to the city centre, Liverpool has areas such as Lark Lane and Allerton Road which offer a variety of French, South American, Indian and Greek restaurants to name but a few. The fabulously restored Albert Dock on the city's waterfront also offers a fantastic option for a night out so whatever your preference and budget, there's something in the city for everyone. 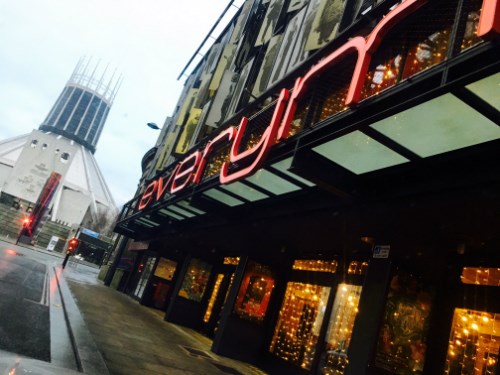 When it comes to theatre on Merseyside there really is something for everyone. From the large scale, glitzy, Broadway type shows offered by the Empire right through to the small scale productions on offer at the Unity highlighting up and coming talent. Shows available include a variety of musicals, comedy shows, touring ballet companies and major productions. Theatres in Liverpool include the Empire, Everyman, Liverpool Playhouse, Neptune, Unity, Royal Court and the Liverpool Philharmonic Hall.
Museums and galleries 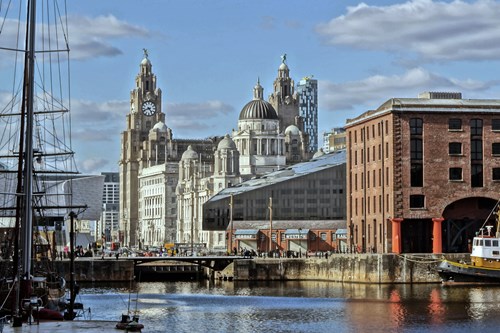 From the serene villages of Cheshire, to the vibrant city of Liverpool, whatever your preference, the North West has it all.

The average house price in the North West is relatively low compared to other cities and areas in England. There is a great variety of housing - from city centre living in modern apartments or three-storey Victorian houses, to comfortable suburban homes that can be detached, semi-detached or terraced.

You can get more information about the wide variety of housing available in the region from local estate agents' websites (visit www.ukpropertyshop.co.uk/ for more details). Or find out more about different areas and communities by visiting www.upmystreet.co.uk​. 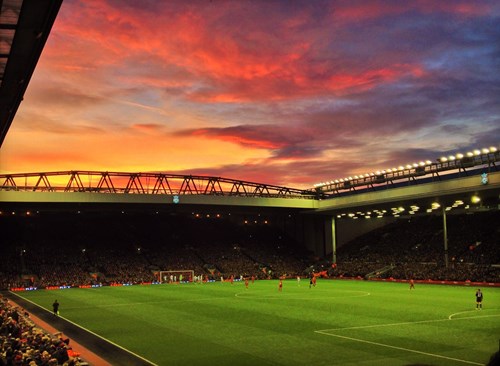 Sport - along with music - is the beating heart of this city. The success of our football teams in Liverpool have made the city famous around the world. The North West is a hotbed of footballing success, with several Premiership clubs; the homes of two of them, Everton and Liverpool, are just minutes from Liverpool city centre. 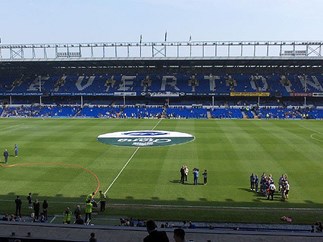 The Grand National horse race is the world's most-watched sporting event with an annual audience of 600 million. Haydock Park a premier dual-purpose racecourse, boasting an active and energetic year-round racing calendar that includes both flat and jumping fixtures. But scratch the surface, and there's a huge range of sports on offer: several of the leading rugby league teams have their homes in the North West, including St Helens Saints and Widnes Vikings, while the Liverpool International Tennis Tournament attracts some of the world's top tennis talents. With large coastal areas, docks and marinas, sailing and watersports also feature in Liverpool life. 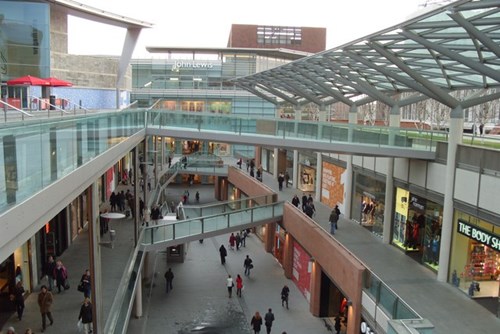 Like to shop till you drop? You will find almost every form of retail therapy in Liverpool and elsewhere in the region. There is a wide variety of shopping facilities within the area ranging large shopping centres with major stores to the smaller specialist shops and boutiques.

For high street shopping check out Church Street and Bold Street or try one of Liverpool’s shopping centres such as the new shopping development Liverpool One, Clayton Square or St John’s Market which boasts over 100 shops selling everything from budget to designer brands. The Cavern Walks shopping complex situated on Mathew Street and the new Met Quarter are home to a whole host of designer outlets. The Albert Dock houses a range of stores, art shops and gallery outlets.

Also within easy reach of Liverpool is one of Europe 's largest Designer Outlet Villages. Cheshire Oaks is home to dozens of famous brand outlets offering a unique shopping experience and great value for money.For further information check out www.visitliverpool.com/site/what-to-do/shopping​ 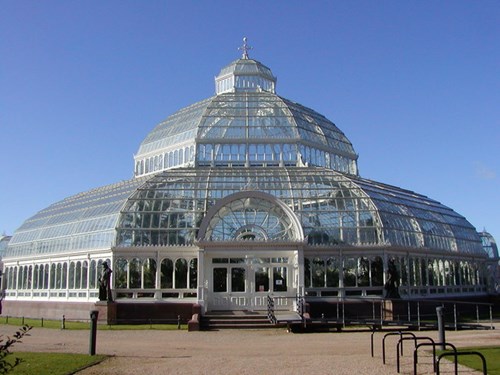 Want to get away from the hustle and bustle of the city? Merseyside boasts 2,400 acres of parkland and open spaces, ideal for relaxation and recreation. Eleven Liverpool Parks and Gardens have been officially accredited with a Green Flag Award, a national standard for parks and green spaces which places Liverpool amongst the leaders in the country.

There has also been significant investment in the refurbishment of Otterspool Promenade. Other parks and gardens in the area include Croxteth Hall and Country Park and the National Trust Speke Hall Estate in Liverpool as well as Ness Botanical Gardens, Wirral Country Park, and Hilbre Island Local Nature Reserve in Wirral.​